Home  »  Government   »   Senator of the Philippines: Things You Need To Know 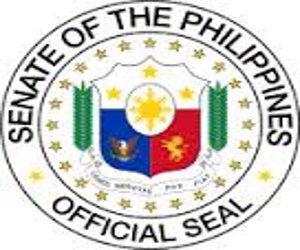 12 Senators of the Philippines will be elected next year, 2016.

Many Candidates have filed their candidacy to run for the position of Senator of the Philippines.

One of them is Alma Moreno. She is a Philippine actress and an incumbent councilor in the City of Paranaque.

Remember that controversial interview made by veteran broadcaster Karen Davila.

After watching the interview, I asked my self, What is the job of a Senator of the Philippines. Why Alma Moreno wanted this position?

I found out that these are some of the things you need to know about a Senator of the Philippines.

1. A Senator has the power to make laws and to alter or repeal them.

2. No Senator shall serve for more than 2 consecutive terms.

Their term of office is 6 years, commencing (unless otherwise provided by law) at noon, 30 June next following their election.

3 Any person who wants to be a Senator must meet the following qualifications:

4. A Senator cannot be arrested while Congress is “in session” with respect to offenses punishable by up to 6 years of imprisonment.

The immunity is only with respect to arrests and not to prosecution for criminal offenses.

5. A Senator can not be questioned or held liable in any forum other than his/her respective Congressional body for any debate or speech in the Congress or in any Committee thereof.

Now I understand why A Senator can say whatever he/she wants even if it offends other people because they can not be held liable say for libel.

6. A Senator can be expelled from office when 2/3 of all Senators concurs.

But a Senator who is a chairman, vice chairman or member of a committee receives a monthly amount of cash higher than their monthly salary.

Every Senator is either a chairman, vice chairman, or member of a committee.

8. A Senator shall not be considered resigned upon the filing of his certificate of candidacy for the same or any other elective office or position.

A Senator has a 6 years term, right? on the 3rd year of his/her term, for instance, he/she runs for President or Vice President and lost, he/she is still a Senator and he/she will serve the remaining 3 years of his/her 6 years term.

While any person holding a public appointive office or position like Mar Roxas of the DILG, including active members of the Armed Forces of the Philippines, and other officers and employees in government-owned or controlled corporations, shall be considered resigned from his office upon the filing of his certificate of candidacy.

It’s nice to be a Senator of the Philippines, right?