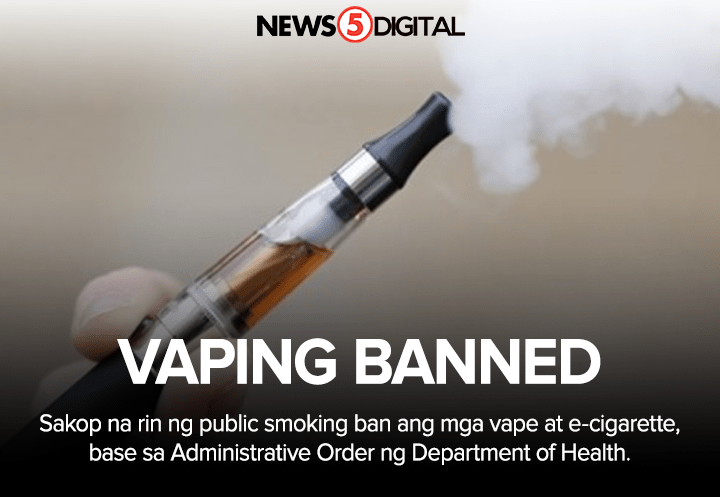 Vaping and e-cigarettes are now covered by the public smoking ban, based on an Administrative order of the Department of Health.

Vaping in the Philippines became popular because of scientific evidence has unequivocally established that tobacco consumption and exposure to tobacco smoke causes death, disease and disability, lead to devastating health, social, economic and environmental consequences, and places burdens on families, on the poor, and on the national and local health systems.

The Philippine government’s other reason for the public smoking ban is because of the increasing number of Filipinos becoming afflicted with and die each year of tobacco-related diseases such as stroke, heart disease, emphysema, various cancers, and nicotine addiction, and both the public and workers in facilities where smoking is allowed are most at risk from these and other tobacco-related diseases.

It is generally prohibited to smoke cigarettes, now vape included, within enclosed public places and public conveyances whether stationary or in motion.