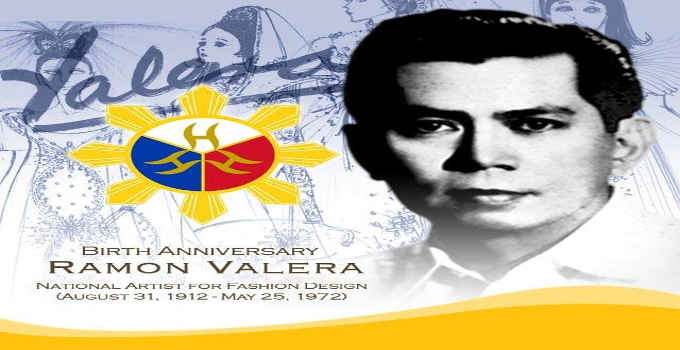 The contribution of Ramon Valera, whose family hails from Abra, lies in the tradition
of excellence of his works, and his commitment to his profession, performing his
magical seminal innovations on the Philippine terno.

Valera helped mold generations of artists and helped fashion to become no less than a
nation’s sense of aesthetics. But more important than these, he helped form a sense
of the Filipino nation by his pursuit of excellence.

Valera is said to have given the country its visual icon to the world via the terno.
In the early 40s, Valera produced a single piece of clothing from a four-piece ensemble
consisting of a blouse, skirt, overskirt, and long scarf.

He unified the components of the baro’t saya into a single dress with exaggerated
bell sleeves, cinched at the waist, grazing the ankle, and zipped up at the back.

Using zipper in place of hooks was already a radical change for the country’s elite then.

Dropping the panuelo–the long folded scarf hanging down the chest, thus serving as the
Filipina’s gesture of modesty–from the entire ensemble became a bigger shock for the
women then.

But more important than these, he helped form a sense of the Filipino nation by his
pursuit of excellence.(NCCA)