The 2018 Palarong Pambansa being held in the province of La Union seems to show that the National Capital Region will once again top the medal tally and continue to dominate the event.

As of April 19, the national capital region already has 40 gold followed closely by region VI with 29 gold. 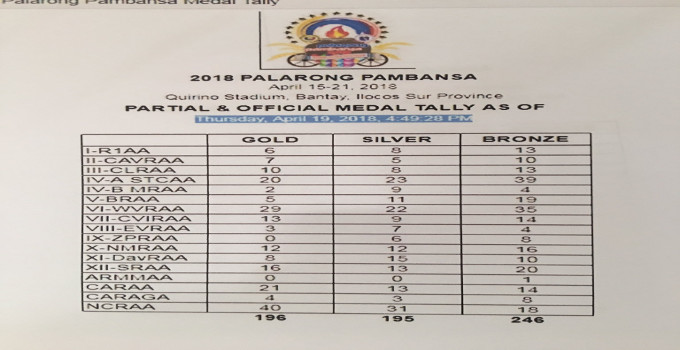 Only two regions are yet to get its first gold. ARMM and region IX produced 0 gold as of April 19.

There are 21 sporting events in the Palarong Pambansa. 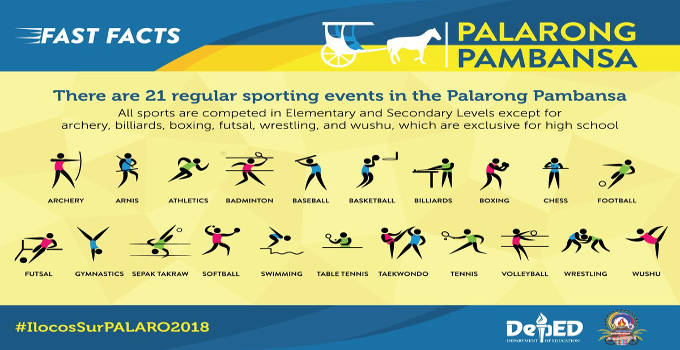 In case you are interested, here are the 21 sporting events in the Palarong Pambansa:

You are all familiar with the above-mentioned sports except perhaps for futsal right?

The origin of Futsal (Five-a-Side Soccer) can be traced back to Montevideo, Uruguay, in  1930 when Juan Carlos Ceriani devised a five-a-side version of soccer for youth competition in YMCAs. The game is played on basketball-sized courts, both indoors and out without the use of sidewalls.

Futsal is the only FIFA approved version of five-aside football and the world’s fastest-growing indoor sport.

The name futsal is derived from the Portuguese words futebol (football) and sala (hall).

Futsal is a small-sided – 5v5 – a game played with a smaller (size 3 or 4) low bounce ball,  on a basketball-sized court without rebound walls or nets. It is a game which combines fun, creativity, speed, technique, teamwork and quick thinking.