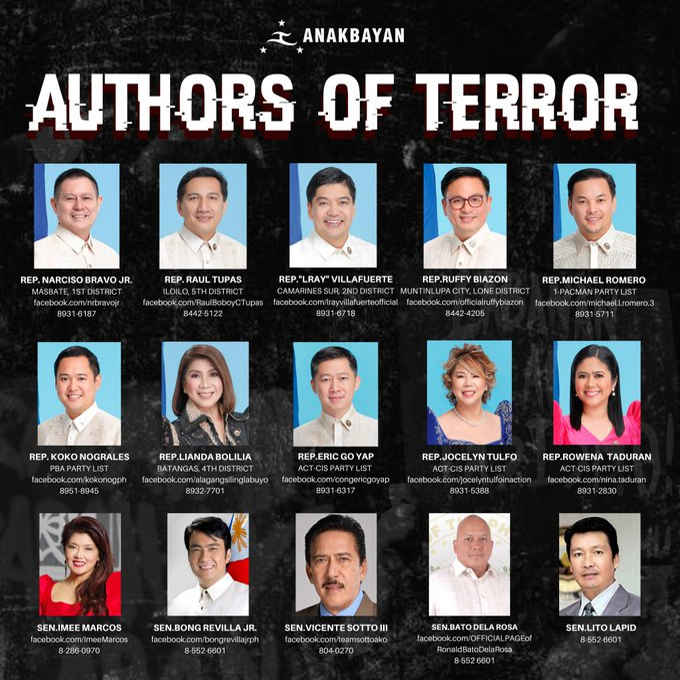 They are the principal sponsors and authors of the Anti-Terror Bill that endangers the political and civil rights of every Filipino to free speech and dissent!

Remember their names. Bombard their social media with our calls to JUNK THE TERROR BILL!