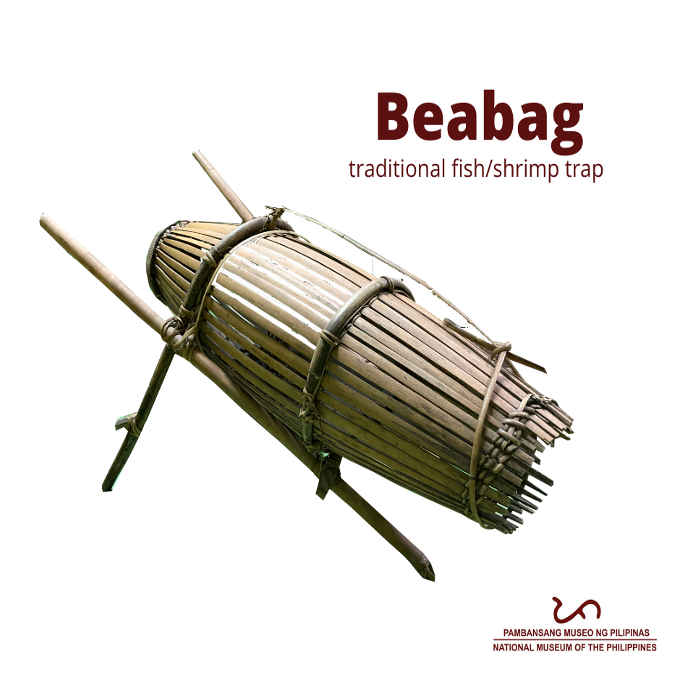 The beabag is a traditional fish and shrimp trap made of rattan strips and bamboo. The cage is about 1 meter long, cigar-shaped, with one end larger than the other. Inside the large end is a cone-shaped trap made of bamboo slats to allow the fish to enter but not to escape.