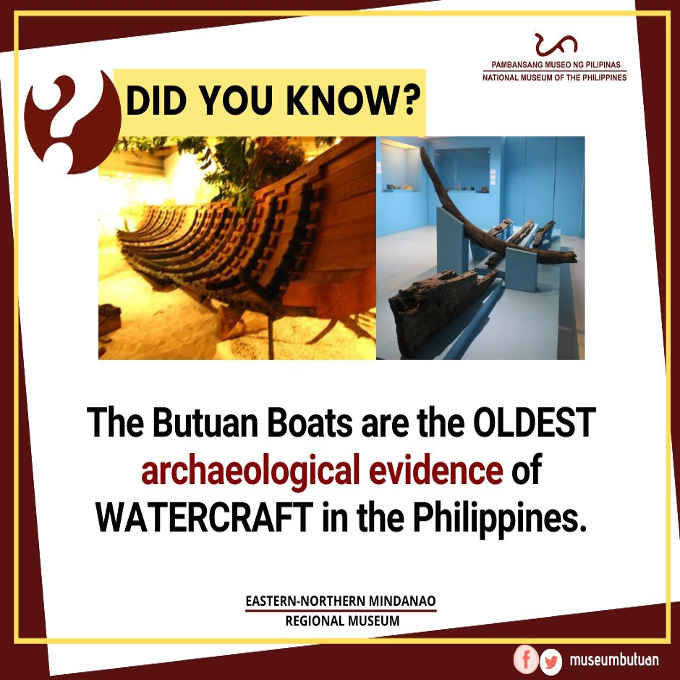 Did you know that the Butuan Boat (Boats) or frequently called as Balangay (Balangays) are the oldest archaeological evidence of watercraft in the Philippines?

Since 1976, at least 11 boat remains have been reported, all within a 1 km. radius in Libertad, Butuan City, though only 7 have been investigated by archaeologists. Of these, three were recovered and are housed at the National Museum of the Philippines. Boat 1 and Boat 5 are in Butuan and Boat 2 is in Manila.

The Butuan Boats are declared as National Cultural Treasures and the sites are declared Archaeological Sites by virtue of Presidential Proclamation No.86 signed by President Corazon Aquino in 1987.