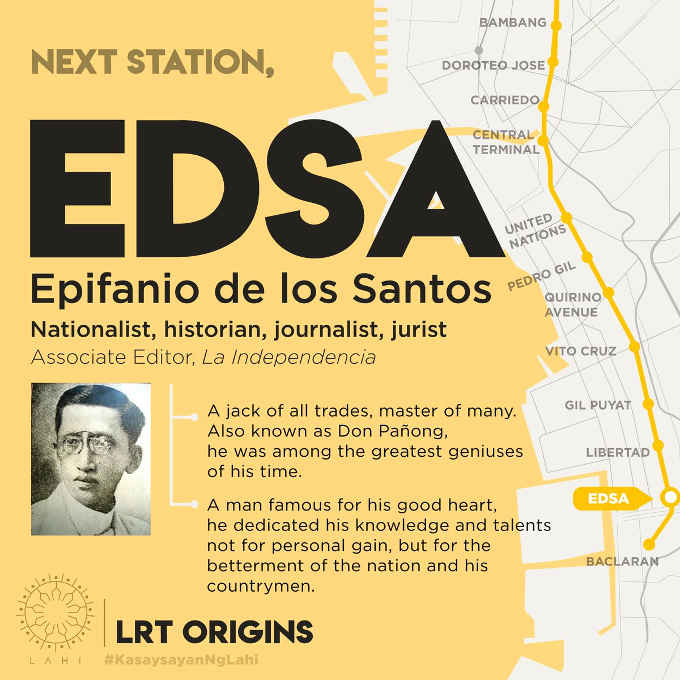 Epifanio de los Santos is a jack of all trades, master of many. He is also known as Don Pañong. He was among the greatest geniuses of his time.

Epifanio is a man famous for his good heart. He dedicated his knowledge and talents not for personal gain, but for the betterment of the nation (Philippines) and his countrymen.