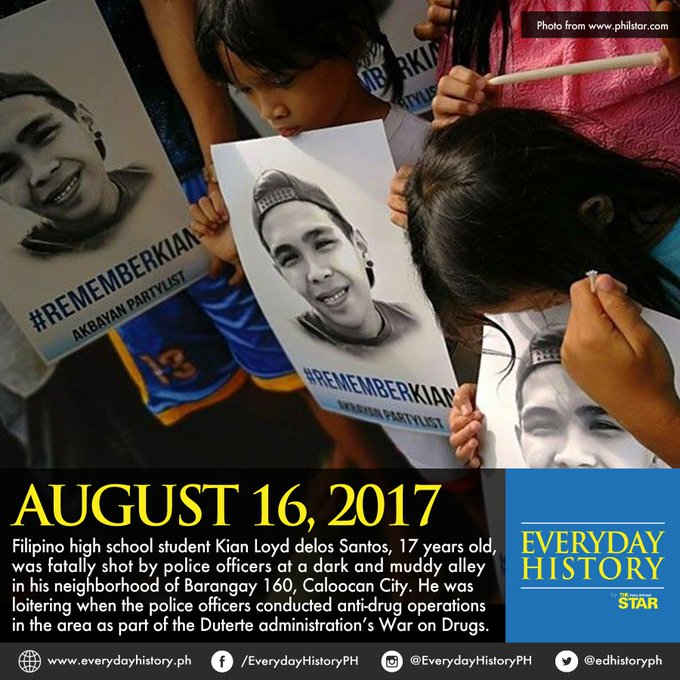 On this day, August 16, in 2017, Filipino high school student Kian Loyd Delos Santos, 17 years old, was fatally shot by police officers in a dark and muddy alley in his neighborhood of Barangay 160, Libis Baesa, Caloocan City.

He was loitering when the police officers conducted anti-drug operations in the area as part of the Duterte administration’s war on drugs.

His death caused a public outcry regarding the government’s conduct of the War on Drugs. In 2018, the three police officers involved were found guilty by Judge Rodolfo Azucena and sentence to life imprisonment.