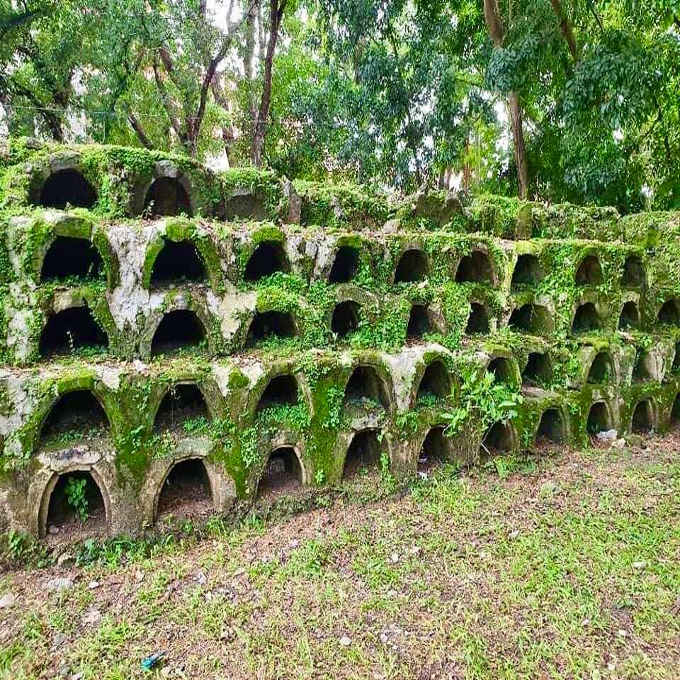 The San Nicolas de Tolentino Church Complex and Ermita Ruins in Dimiao, Bohol have been declared by the National Museum Philippines as National Cultural Treasures on July 28, 2011, for its historical, architectural, cultural, and spiritual significance of outstanding national value.

The Church is an impressive structure due to its architectonic magnitude and engineering layout. It is cruciform in shape with a quadrangular pyramidal roof over the transept crossing. The church walls have sloping buttresses and the old stucco has been preserved. The façade has intricate floral carvings and pilaster ornamentations and the structure is flanked by twin octagonal towers. Above the main door is the coat-of-arms of the Spanish monarch and inside the niche is the town’s patron, San Nicolas de Tolentino.

Inside Dimiao Church are the remaining retablos of neo-classical design, the pulpit with wrought iron banister at the corner of the nave and transept, and an early 19th-century pipe organ at the lower choir loft.

Nearby the church are the ruins of an Ermita, a walled cemetery with honeycombed-arranged tombs or sepulchers, and a funerary chapel built of stones and mortars. Dimiao also boasts of a number of small stone bridges declared as Important Cultural Properties.