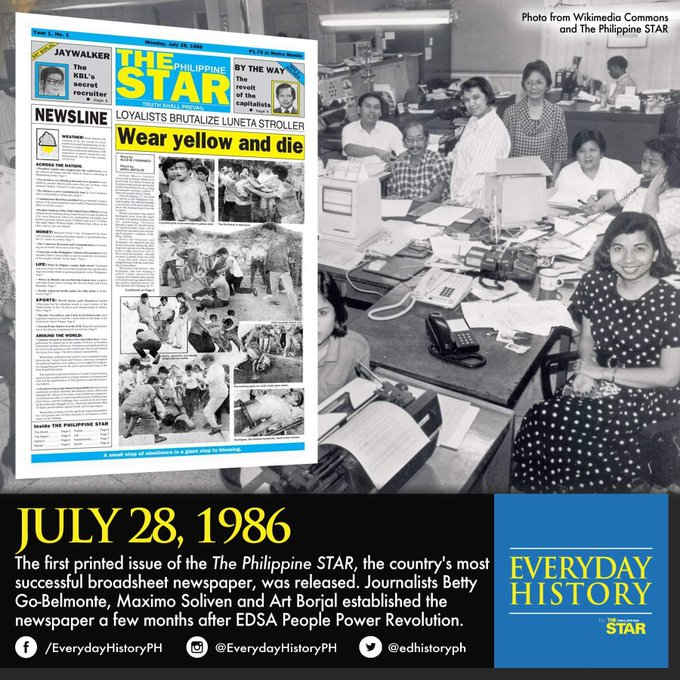 On this day, July 28 in 1986, The Philippine STAR, the most successful broadsheet newspaper in the country, published its first print issue bearing the headline “Wear Yellow and Die” about the mauling and death the previous day of 23-year-old Stephen Salcedo.

On this day, July 28, in 1963, 24 Filipino boy scouts and scouting officials, who were traveling to Greece for the 11th World Jamboree, were killed in a plane crash in the Bay of Bombay, India.

The roads at Scout area in Quezon City were named after those who perished in the incident.

Since 1952, she has appeared in various roles in numerous films and TV shows, starting as a child actor in Mga Bituin ng Kinabukasan. She appeared in several films together with her husband Fernando Poe, Jr., such as Ang Daigdig Ko’y Ikaw, Zamboanga, and Manedyer si Kumander.