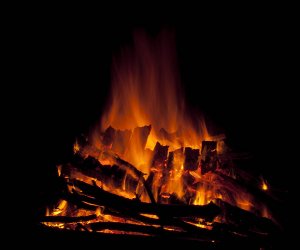 A Fire in Zamboanga caused the death of 15 persons.

The Bureau of Fire Protection personnel had a hard time going to the public market to extinguish the fire because the street going to the market is too narrow.

After the fire is extinguished, 15 burned bodies were found.

The bodies were found at the bridge where the market is located. More or less 350 shops in the public market were not spared from the raging fire. Included among those burned were substantial amount of vegetables and “ukay-ukay” (used clothes).

Both sides of the bridge were blocked which prevented the 15 victims from jumping down below which may have saved their lives.

According to the initial investigation made by the Bureau of Fire Protection, the fire in Zamboanga City started from one of the electric posts in the public market.

The Zamboanga City Bureau of Fire Protection (BFP) is assessing the value of the burned properties.

But what is important is the prompt response from the Bureau of Fire Protection (BFP) which was demonstrated in the Fire in Zamboanga City.

The Bureau of Fire Protection (BFP) is a Philippine agency responsible for the prevention and suppression of all destructive fires on buildings, houses, and other structures, forest, land transportation vehicles and equipment, ships or vessels docked at piers or wharves or anchored in major seaports, petroleum industry installations, plane crashes and other similar incidents, as well as the enforcement of the Fire Code and other related laws.