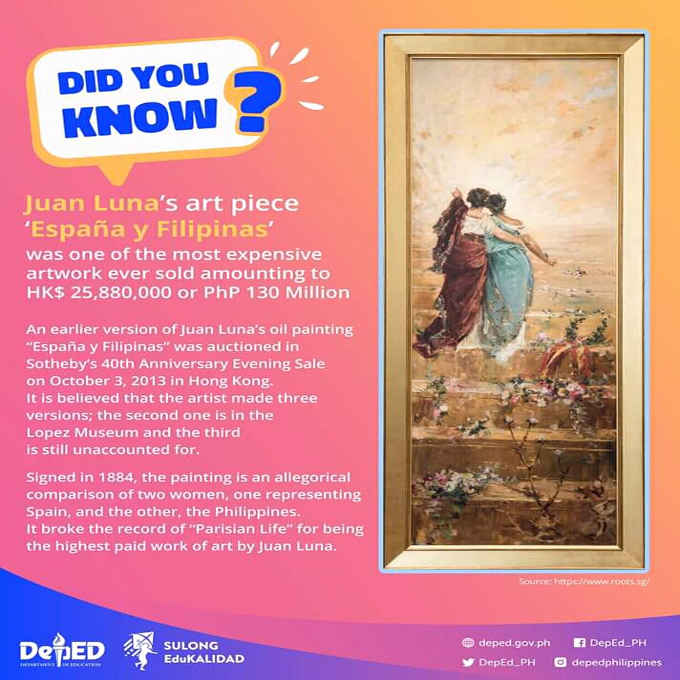 Juan Luna’s art piece “España y Filipinas” was one of the most expensive artworks ever sold amounting to HK$ 25.880,000 or Php 130 million.

It is believed that the artist made three versions; the second one is in the Lopez Museum and the third is still unaccounted for.

Signed in 1884, the painting is an allegorical comparison of two women, one representing Spain,  and the other, the Philippines.

It broke the record of “Parisian Life” for being the highest-paid work of art by Juan Luna.