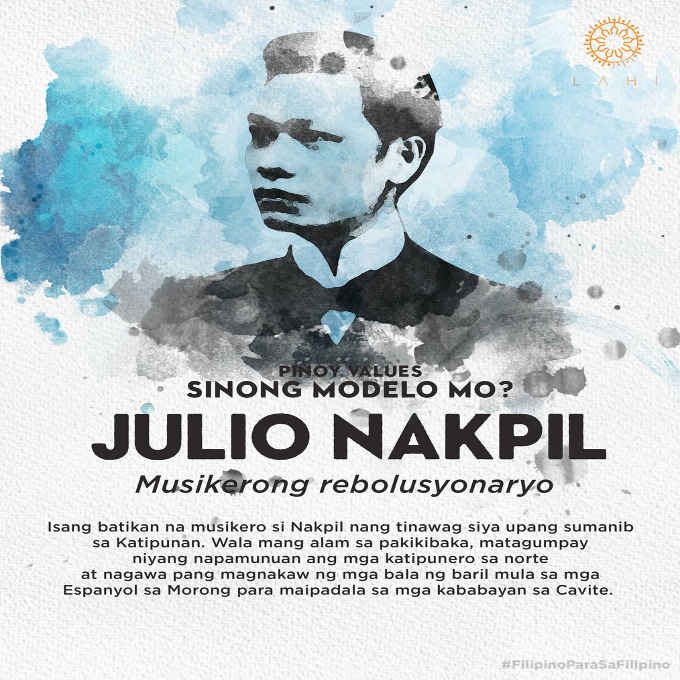 Julio Nakpil was a musician when he was called to join the Katipunan.

On this day, May 22, in 1867, the Philippine Revolution commander and composer Julio Nakpil was born in Quiapo, Manila.

His membership to the Katipunan breaks the myth of all-indigent Katipunan membership. He was a professional music teacher and band conductor already when the Philippine Revolution broke out.

He was among the many revolutionaries who joined the struggle at its height, never inducted as a Katipunero (the reason why he declared in his autobiography that he was not a member of the Katipunan).

As a commander of the Hilagaan (Katipunan military zone composed of Manila, Morong, Bulacan, and Nueva Ecija), music became an integral part of the art of the Revolution. He brought a professional band as part of his command.

He composed kundiman songs, then a fad among the young revolutionaries, to keep his people inspired and comfortable in the midst of hardships in the mountains. No wonder why he chose the romantic word ‘giliw’ (dear, beloved, babe) as his nom de guerre (J. Guiliw to be exactly).

A close friend of Andres Bonifacio, the chief leader of the Revolution, Nakpil was requested to compose a befitting national anthem when the Philippines was liberated from the Spaniards. He titled it “Marangal na Dalit ng Katagalugan” (Glorious Hymn of the Philippines).

The composition was never used for its intended purpose due to a change in the leadership of the Revolution.

On 10 December 1898, he married Gregoria de Jesus, the widow of Bonifacio. They had six children, among them was the architect and future National Artist for Architecture Juan Nakpil. He died in 1960.