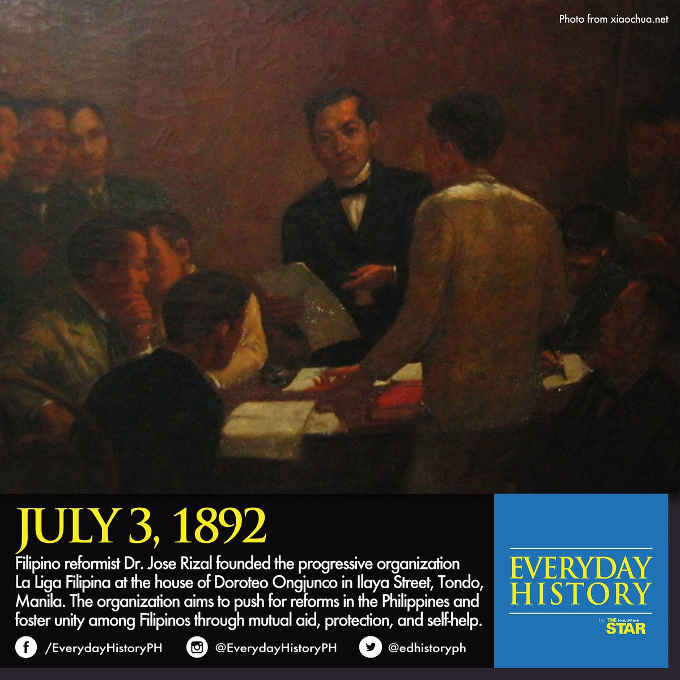 The organization aims to push for reforms in the Philippines and foster unity among Filipinos through mutual aid, protection, and self-help. Among its members include Andres Bonifacio, Apolinario Mabini, Ambrosio Rianzares Bautista, and Deodato Arellano.

It was disbanded following Rizal’s arrest and exile to Dapitan, Zamboanga on July 6, 1892.

The group declined after Rizal’s exile in 1892.

It was reorganized in April 1893 but was disbanded again in October. Some members, including Apolinario Mabini, organized themselves as the Cuerpo de Compromisarios which sent support to the reformist newspaper, La Solidaridad, for a few months.

On This Day, July 3, in 1946, on the eve of American withdrawal of sovereignty from the Philippines, Commonwealth Act No. 732 was passed, creating the Department of Foreign Affairs and authorizing the President of the Philippines to organize the DFA and the Philippine Foreign Service.