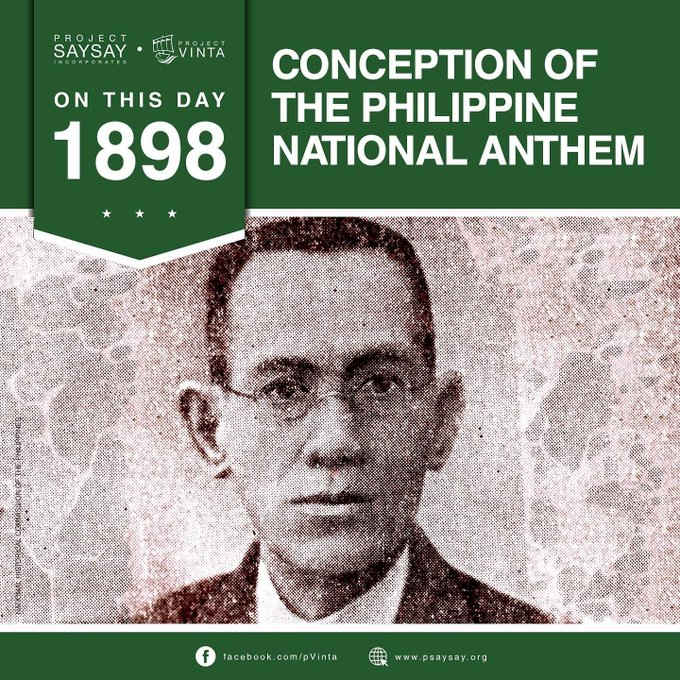 Based on what Felipe remembered in that meeting, Aguinaldo wanted an anthem that would replace the Marcha Real, the national anthem of Spain.

Six days later, 11 June 1898, the Cavite music teacher presented to Aguinaldo his composition. There was a meeting with his military officers ongoing that time and Aguinaldo had them listened to the presentation.

After played several times, the national anthem was approved by Aguinaldo and seconded by the present officials.

The president handed down the composition to the Banda de San Francisco de Malabon (now Banda Matanda in General Trias, Cavite) and on June 1, 1898, at 4:20 p.m., the music–now titled Marcha Filipina Magdalo–was played while the national flag was waved to signal the proclamation of Philippine independence.

What Aguinaldo did not notice, Felipe misinterpreted what the former said: an anthem to replace the Marcha Real. Felipe admitted he was inspired by the Marcha Real, the reason why the Philippine National Anthem contains melody present in the Spanish national anthem.

Today in History in 1899, Gen. Antonio Luna, 1st Philippine Republic’s Director of War, together with Col. Paco Roman, are assassinated in Cabanatuan, Nueva Ecija. Prior to this, he received a command from President Emilio Aguinaldo to go to the area. The two were killed by the Kawit Battalion.