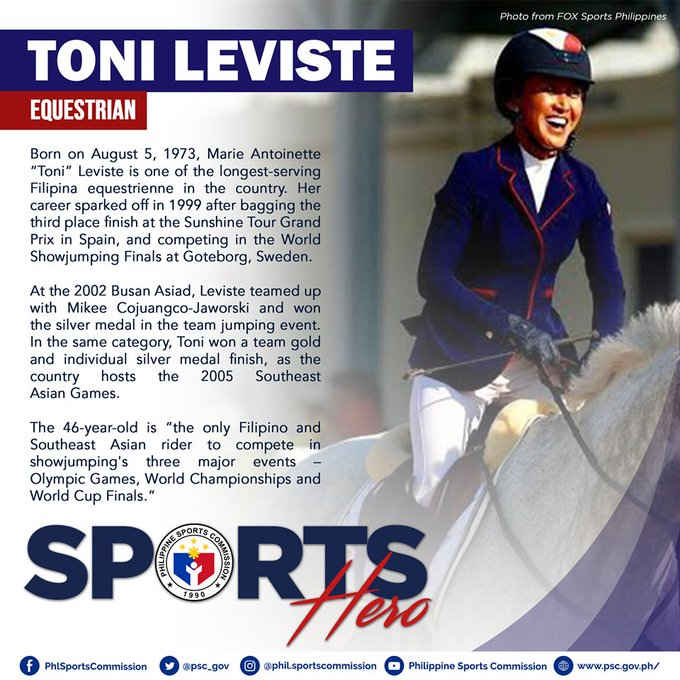 Who is the Longest-serving Filipina equestrienne in the Philippines?

Born on August 5, 1973, Marie Antoinette “Toni” Leviste is one of the longest-serving Filipina equestriennes in the Philippines. Her career sparked off in 1999 after bagging the third-place finish at the Sunshine Tour Grand Prix in Spain and competing in the World Showjumping Finals at Goteborg, Sweden.

At the 2002 Busan Asiad, Leviste teamed up with Mikee Cojuangco-Jaworski and won the silver medal in the team jumping event. In the same category, Toni won team gold and individual silver medal finish, as the Philippines hosts the 2005 Southeast Asian Games.