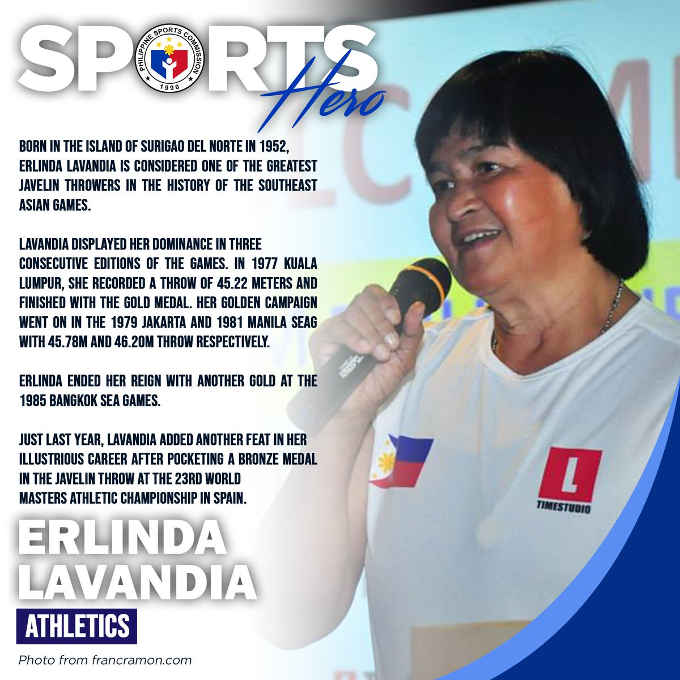 Erlinda Lavandia was born in the island of Surigao del Norte in 1952.

She is considered as one of the greatest Javelin Throwers in the history of the Southeast Asian Games.

Lavandia displayed her dominance in three (3) consecutive editions of the games. In 1977, Kuala Lumpur Malaysia, she recorded a throw of 45.22 meters and finished with the gold medal. Her golden campaign went on in the 1979 Jakarta and 1981 Manila Southeast Asian Games with 45.78 meters and 46.20 meters throw respectively.

Erlinda ended her reign with another gold at the 1985 Bangkok Southeast Asian Games.

Just last year. Erlinda Lavandia added another feat in her illustrious career after pocketing a bronze medal in the javelin throw at the 23rd world masters athletic championship in Spain.