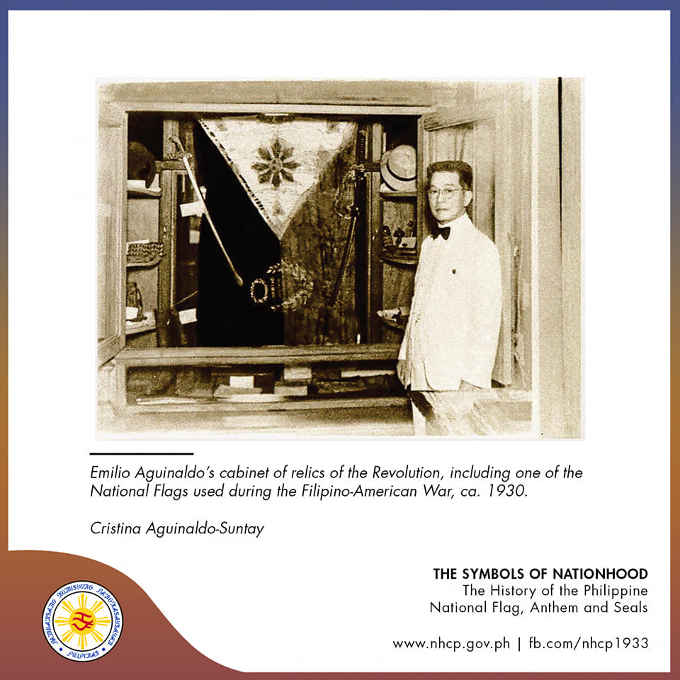 The Colors and Symbols of our Flag and Their Meanings | Image Credit: fb/nhcp1933

The Colors and Symbols of our Flag and Their Meanings

One of the fruits of the revolution was the creation of a National Flag which would represent the fledgling Filipino nation. Despite some inconsistencies, the revolutionary leaders themselves gave meaning to the symbols of the Flag. These reflect the ideologies, aspirations, and history of the Revolution.

Three stars: The island groups of Luzon, Visayas, (initially Panay) and Mindanao, which all rose against Spain.

Triangle: The liberal ideas of the Katipunan and Masonry: liberty, equality, and fraternity.

Eight rays of the sun: The eight provinces declared under martial rule by Gov. Gen. Ramon Blanco y Erenas on 30 August 1896. The sun itself is the light of liberty that was enjoyed by all, which according to Aguinaldo, included, among others, the “Aetas, Igorotas, Manguianes and Moros who are all Filipinos.”

Colors: Blue and red represent dignity and valor, respectively, of the Filipinos. According to Aguinaldo, white symbolizes the Filipinos’ capability for self-rule.