Home  »  Lifestyle   »   The Creation of the Philippine Spanish Friendship Day 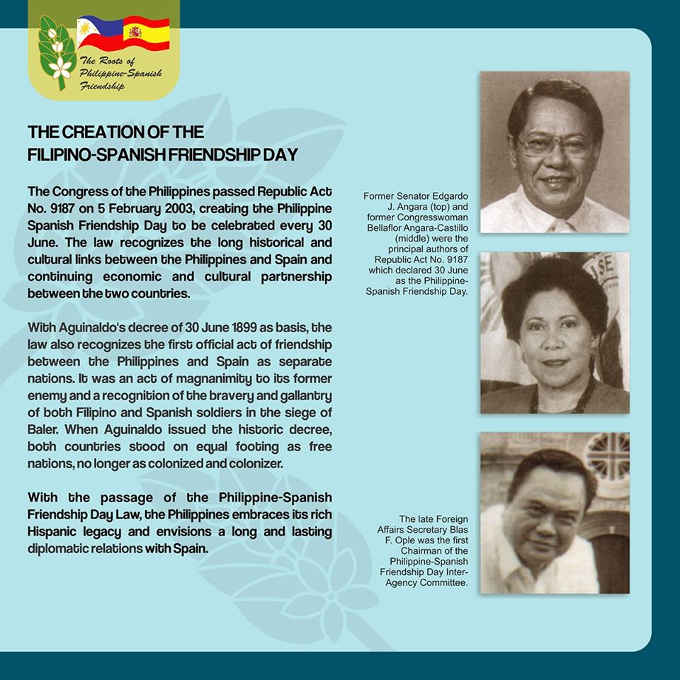 With Aguinaldo’s decree of 30 June 1899 as basis, the law also recognizes the first official act of friendship between the Philippines and Spain as separate nations. It was an act of magnanimity to its former enemy and a recognition of the bravery and gallantry of both Filipino and Spanish soldiers in the siege of Baler. When Aguinaldo issued the historic decree, both countries stood on equal footing as free nations, no longer as colonized and colonizer.

With the passage of the Philippine-Spanish Friendship Day law, the Philippines embraces its rich Hispanic legacy and envisions a long and lasting diplomatic relation with Spain.