The purpose of the organization was to prevent communism from gaining ground in
the region.

The Photo below shows the SEATO Manila Conference of 1966. 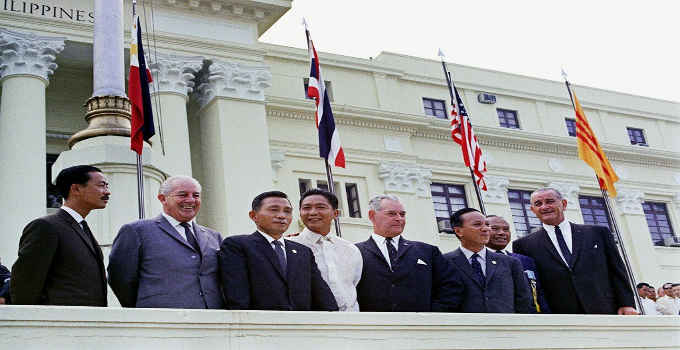 Among the members of SEATO are Australia, France, New Zealand, Thailand, Pakistan,
the United Kingdom, the United States, and the Philippines.

SEATO was formally dissolved in June 1977.