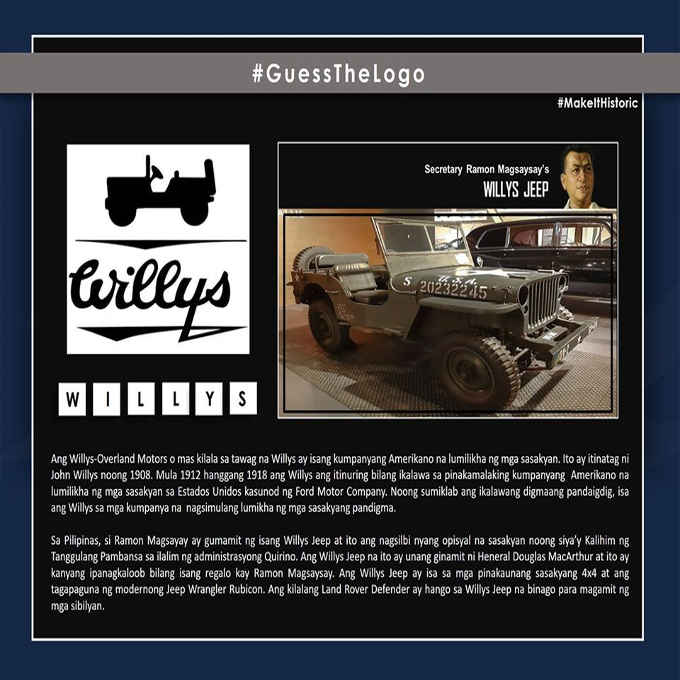 The NHCP’s Presidential Car Museum in Quezon City showcases 16 vehicles of historical significance. 13 were cars used by presidents, and 4 were used by important figures. One of these 4 is the Willys Jeep used by Ramon Magsaysay as Defense Secretary.

In the Philippines, Ramon Magsaysay used a Willys Jeep and was his official vehicle when he was Secretary of the National Defense under the Quirino administration. This Willys Jeep was first used by General Douglas MacArthur and was given as a gift to Ramon Magsaysay. The Willys Jeep is one of the earliest 4×4 vehicles and the forerunner of the modern Jeep Wrangler Rubicon. The well-known Land Rover Defender is based on a Willys Jeep that has been modified for use by civilians.