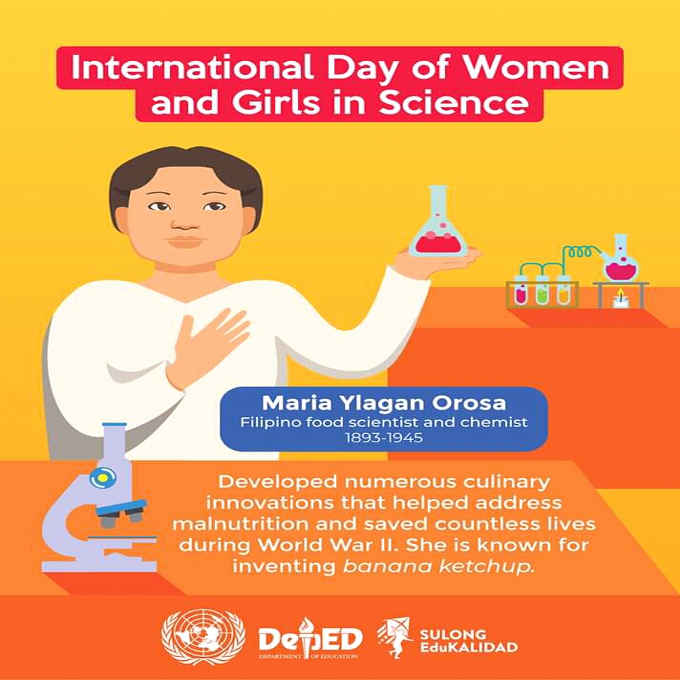 Maria Ylagan Orosa is known as the one who invented banana ketchup.

She is a Filipino food scientist and chemist. She is also a war hero. She developed numerous culinary innovations that helped address malnutrition and saved countless lives during world war II.

Archaeologists have recently discovered her grave.

Did you know that during World War II, her inventions saved thousands of Filipinos and American soldiers from malnutrition? These inventions are Soyalac, a beverage made from soya beans, and Darak, a rice cookie that is rich in vitamin B-1. In addition, he is the mastermind behind over 700 recipes, pot ovens, and our favorite banana ketchup!

This International Day of Women and Girls in Science, We recognize the unique contributions of women and support them in the field of science.