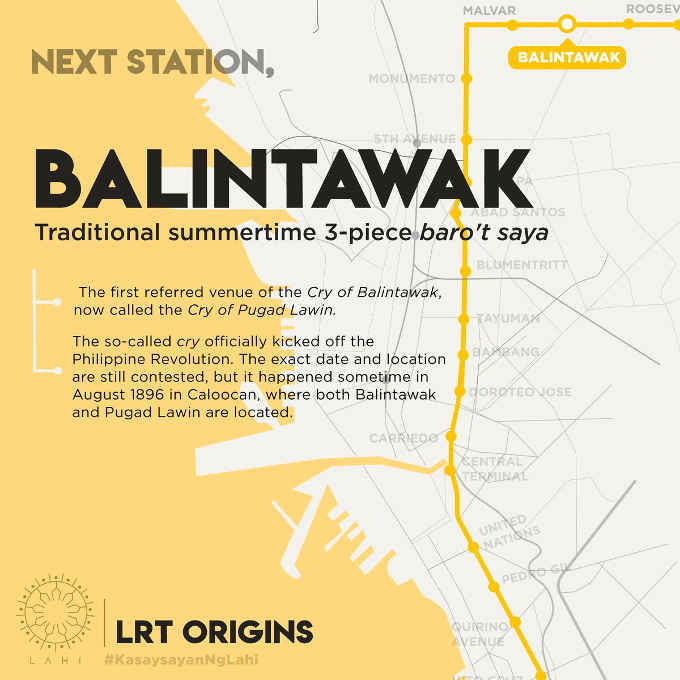 The Balintawak LRT Station was named after “Balintawak,” the first referred venue of the cry of Balintawak, now called the cry of pugad lawin.

The so-called cry officially kicked off the Philippine Revolution. The exact date and location are still contested, but it happened sometime in August 1896 in Caloocan, where both Balintawak and Pugad Lawin is located.

In July of 2018, the Balintawak LRT station was flooded above gutter deep. The station at present is fully functional with some improvements.