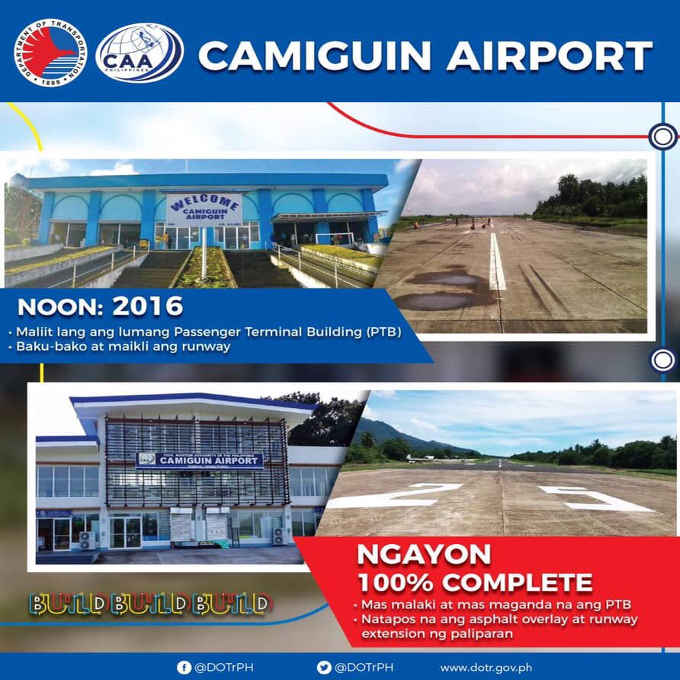 In 2016, the old passenger terminal building (PTB) is small. The runway is short and
and the surface not even.

Today, Camiguin Airport is 100% complete. It has a bigger and better passenger building terminal (PBT). The asphalt overlay and runway extension of the airport has been completed.

Before, passengers were packed in the small Passenger Terminal Building (PTB) of Camiguin Airport,  the sole gateway of the island province.

Now, the PTB was expanded and improved. Additional facilities such as check-in counters have been added to speed up service for passengers.

Aside from PTB, the administration building and fire station of the airport have also been completed, as well as its asphalt overlay and its runway extension.

Camiguin Airport is located in the town of Mambajao, which belongs to the list of
Principal Class 2 Airports of the Civil Aviation Authority of the Philippines (CAAP).