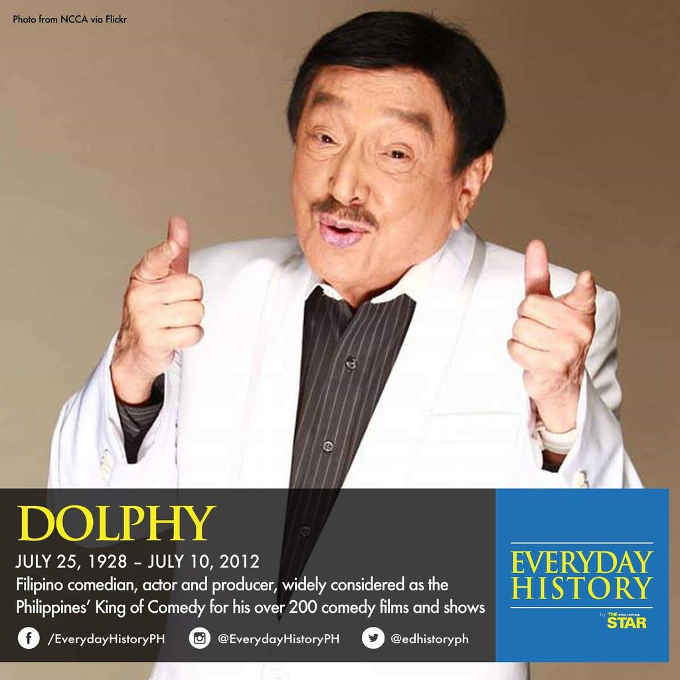 On this day, July 10,  in 2012, Filipino comedian and actor Rodolfo Vera Quizon Sr., more popularly known as Dolphy, died at the age of 83 due to severe pneumonia and renal failure.

Regarded as the Philippines’ King of Comedy, Dolphy has appeared in over 200 radio dramas, films and TV shows since 1946.

Among his popular films and shows include