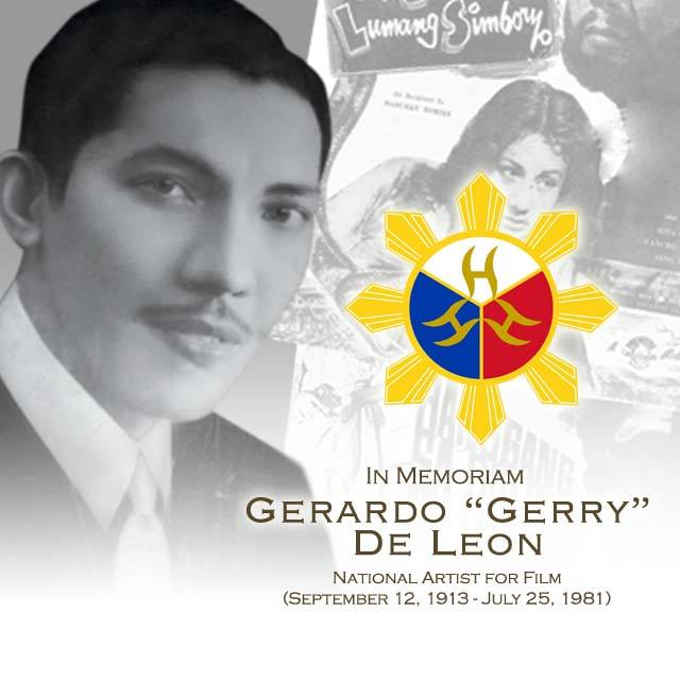 Gerry de Leon belongs to the Ilagan clan and as such grew up in an atmosphere rich in theater. His first break as a director came in 1939 when producer Pilar Hidalgo tapped him for Ama’t Anak. Other directorial assignments soon followed and he worked for a time for LVN, Sampaguita and RDR Productions.

De Leon went on to make other movies but the outbreak of the Pacific war in 1941 brought an abrupt halt to the activities of the Philippine movie industry. After the war, he resumed his movie career and in the ’50s and ’60s, he produced many films which are now regarded as Filipino classics including Daigdig ng Mga Api, Noli Me Tangere, El Filibusterismo, and Sisa.

On this day, July 25,  in 1872, Filipino general and revolutionary Santiago Alvarez was born in Imus, Cavite. He was the son of Filipino revolutionary Gen. Mariano Alvarez and his wife Nicolasa Virata.

During the 1896 Philippine Revolution, Alvarez was a member of the Magdiwang faction of the Katipunan and adopted the nom de guerre Kidlat ng Apoy. He was distinguished for his leadership during the Battles of Noveleta and Binakayan-Dalahican.

He was present during the Tejeros Convention held on March 23, 1897, and his memoirs serve as one of the primary sources for the historical event. He died on Oct. 30, 1930.

He was the founder of the Nacionalista Party.