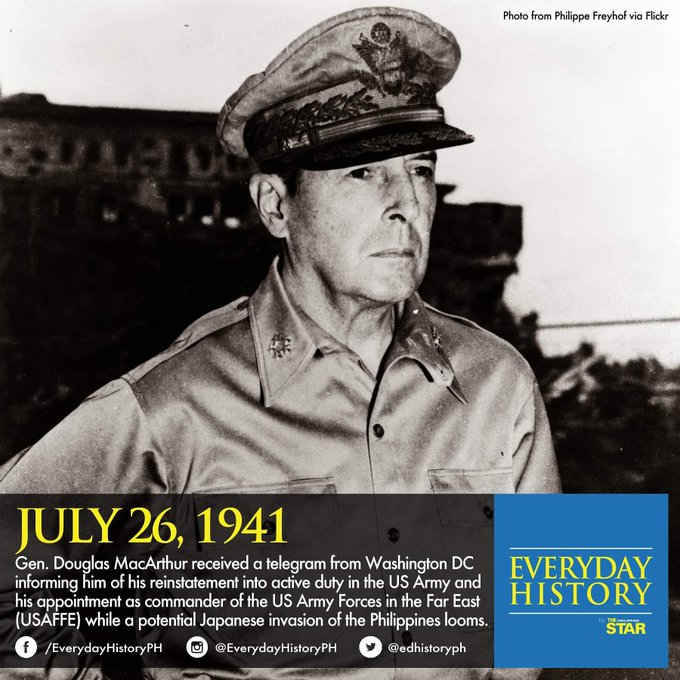 On this day, July 26, in 1941, Gen. Douglas MacArthur received a telegram from Washington DC informing him of his reinstatement into active duty in the US Army and his appointment as commander of the US Army Forces in the Far East (USAFFE).

The general, who previously served as field marshal of the Philippine Army and military adviser of the Commonwealth Government from 1935 to 1941, would lead the USAFFE forces during the Japanese invasion of the Philippines until his escape from the country on March 11, 1942.