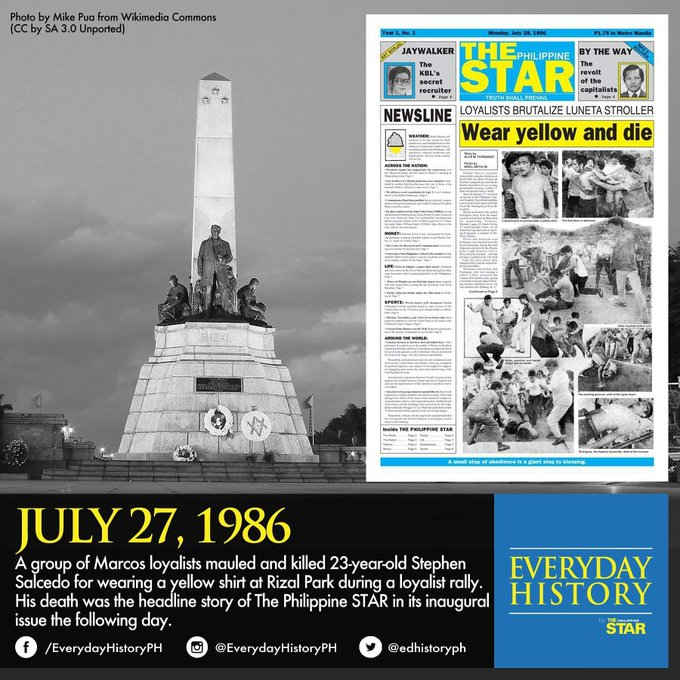 On this day, July 27 in 1986, a group of Marcos loyalists mauled and killed 23-year-old  Stephen Salcedo for wearing a yellow shirt at Rizal Park during a loyalist rally.

The loyalists had been chasing and beating up anyone wearing yellow following the police dispersal of their rally for lack of a permit. Bystanders were able to rush Salcedo to the Philippine General Hospital but died on arrival. 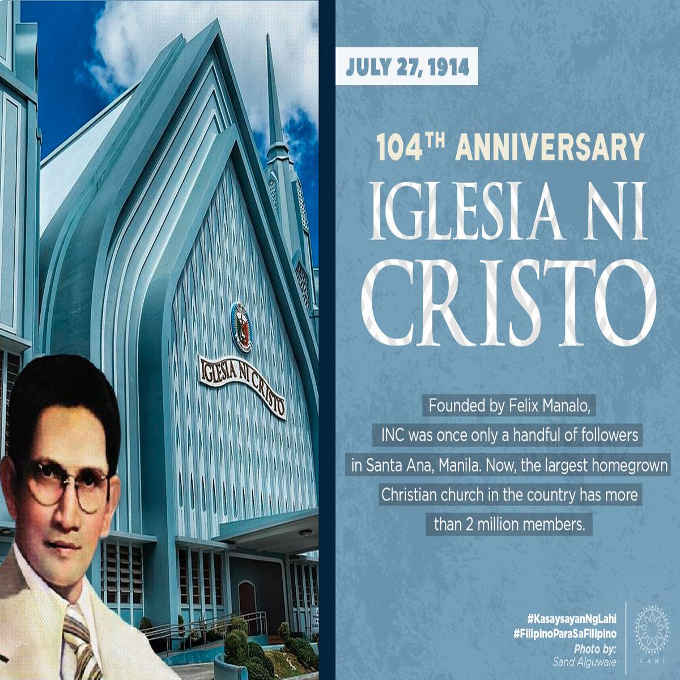