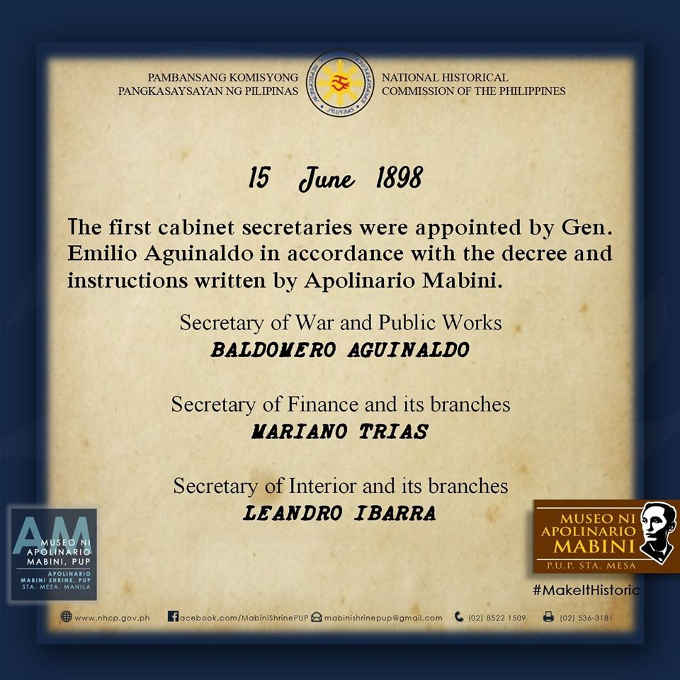 On June 15, 1898, the first cabinet secretaries were appointed by Gen. Emilio Aguinaldo in accordance with the decree and instructions written by Apolinario Mabini.

Office of Foreign Relations, Navy, and Commerce were provisionally under Office of the President until a Secretary is appointed.

The post of Secretary of Foreign Relations was initially offered to Mabini, who turned it down so that Cayetano Arellano could occupy the position.