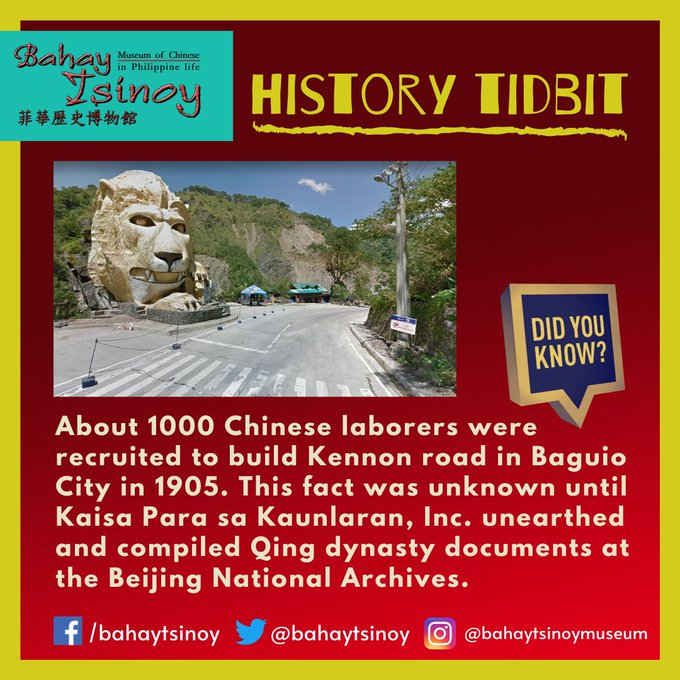 Kennon Road History You May Not Know

About 1000 Chinese laborers were recruited to build Kennon Road in Baguio City in 1905. It is stated in a document from the 31st year of Emperor Guang Xu, that they were distributed among 10 working stations and how they were subjected to abuses.

Most of the Kennon Road Chinese laborers were Cantonese, which accounts for the presence of a lot of Cantonese Chinese in Baguio. The Chinese name of Baguio (pek yu 碧瑤) was also taken from its Cantonese pronunciation.