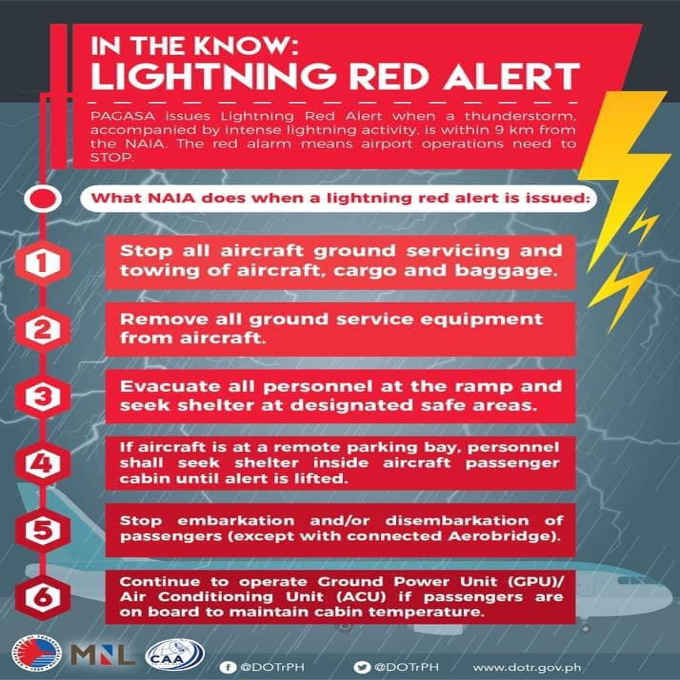 The Lightning Red Alert scheme was adopted by the Ninoy Aquino International Airport (NAIA) following the death of an employee who was struck by a lightning bolt on the tarmac of the Terminal 3 at the height of a thunderstorm in 2014.

Following the tragedy at the tarmac, PAGASA installed a Lightning Activity System (LAS), which tells them whether to raise the yellow or red alert warning.

Manila International Airport Authority (MIAA) General Manager Ed Monreal said that the NAIA has the same policy in 2012, but was amended in 2016 due to the accident.

In this regard, the Department of Transportation (DOTr), together with the Manila International Airport Authority (MIAA) and the Civil Aviation Authority of the Philippines (CAAP) bring you these important reminders for severe and extreme weather disturbances.

What is a lightning red alert?

PAGASA issues a lightning red alert when a thunderstorm accompanied by intense lightning activity is within 9 kilometers from the NAIA. The red alarm means airport operations need to stop.

What NAIA does when a lightning red alert is issued?