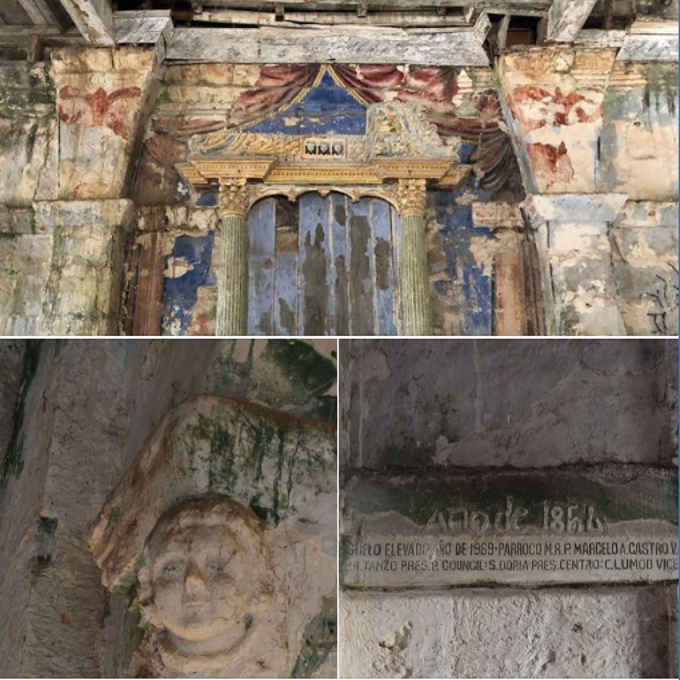 Built in the early 17th century, the St. Peter the Apostle Parish Church in the town of Loboc is one of the oldest structures in stone in Bohol. It was declared by the National Museum of the Philippines as National Cultural Treasure in 2010.

National Cultural Treasures are cultural properties – unique sites, structures, and objects – found locally and possessing outstanding historical, cultural, artistic, and/or scientific value that is significant and important to the country and the nation.

The Loboc Church was heavily damaged during the 7.2 magnitude earthquake in 2013, followed by the flood caused by typhoon Seniang in 2014.

In 2017, restoration of the building began.

While the church’s façade, exteriors, altars, and ceiling paintings have been well photographed by professionals and amateurs alike, the building has one other cultural and architectural gem – its sacristy.

Tucked behind its 19th-century altar, this room is where vestments and sacred objects were stored. At the Loboc church, its sacristy possesses beautiful details hinting at its Jesuit origins, including a rare bas relief in stucco, cherubs, a lavishly painted wall, and a wooden altar or retablo with a representation of the veronica, reflecting the medieval tradition that Christ left three imprints of his face when St. Veronica wiped it with a cloth on his way to Calvary.

The damage caused by the 2013 earthquake on its plastered walls only revealed more secrets as earlier paintings emerge in places where the plaster has peeled off.

The opulent details adorning the entrance to and the interior of the sacristy has led scholars to believe that this area had been the entryway to the “residencia”, the Jesuit’s headquarters in Southern Bohol before it was moved to Dauis in the 18th century.