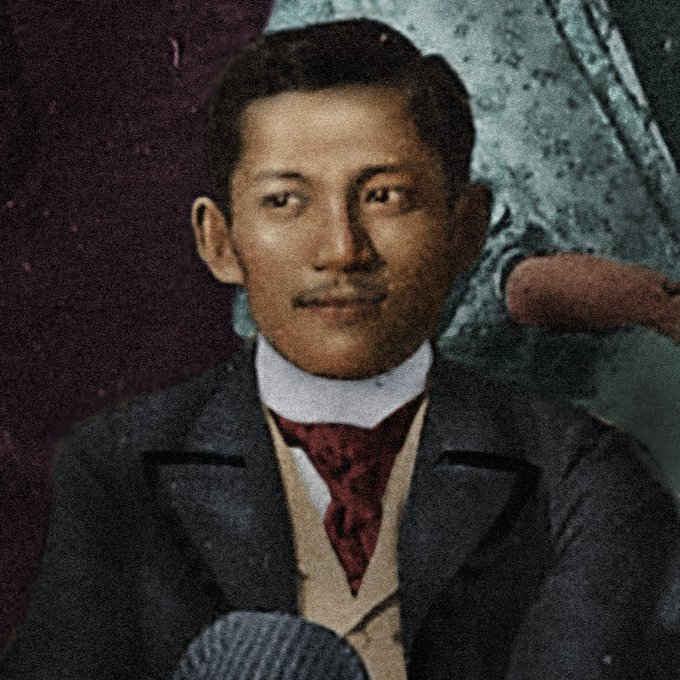 On this day, October 17 | @indiohistorian via geni.com

Born to Pedro Viola and Isabel Sison of Bulacan, he pursued his pre-medical studies in UST and finally finished medicine at
The University of Barcelona in Spain in 1882. Viola soon became close friends with José Rizal, through the Propaganda Movement, as they shared the same ideals.

Rizal was on the verge of giving up on his draft manuscript for his novel, Noli Me Tangere, due to financial constraints. It was Viola who 1st read the draft & saw the novel’s immense value & impact, hence he funded the publication of the 1st 2000 copies.

It was because of this that the grateful Rizal gave Viola the Noli’s final draft and the first-ever published copy. Two months later, Rizal invited him to go with him on a tour around Europe, which lasted from May to June 1887. They traversed Germany, Austria-Hungary, and Switzerland.

Viola’s associations with Rizal put him under Spanish surveillance & constant harassment. He soon joined the Philippine Revolution with his 2 brothers, & was there in Biak-na-Bato in December 1897 when the Spanish forces besieged them until a truce was settled.

His ideals, in line with the Filipino aspiration for independence, didn’t sit well with the Americans when the U.S. took over the Philippines. He was imprisoned in Manila, then moved to Olongapo, until his release with the help of a certain Dr. Fresnell, who wanted his assistance on tropical diseases.

Viola soon became president of an organization of landowners in San Miguel, Bulacan, the Liga de Proprietarios. Using his influence, he opposed the unfair terms imposed by the company on the Bulacan landowners for the extension of the Manila Railroad line to Cabanatuan, Nueva Ecija.

The landowners finally got their fair due from the foreign contractor. Viola was also known to give pro-bono medical services to the less fortunate, believing fervently in the value of Filipino public health. He soon ventured into furniture making. He died of cancer in 1933.