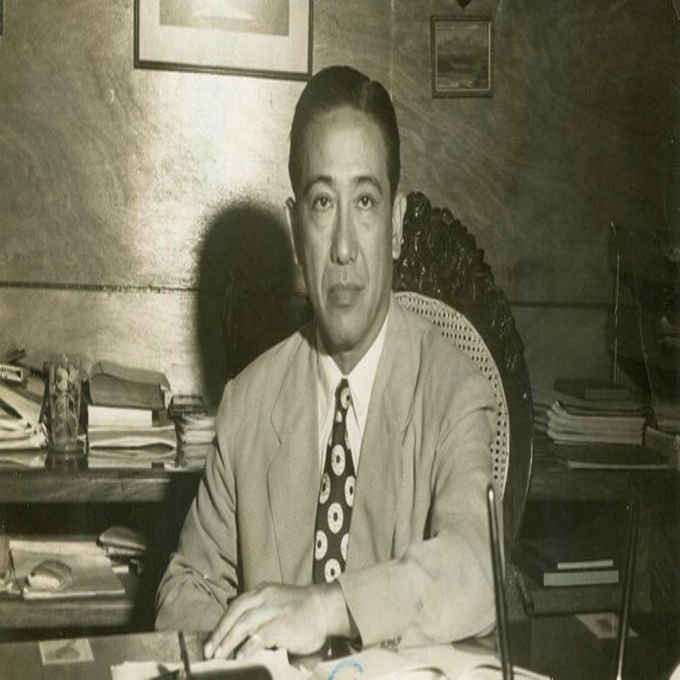 Tañada in his office in the Senate | Image Credit: @indiohistorian via Presidential Museum & Library

Today in History July 10, in 1898, Lorenzo Tañada y Martinez, the longest serving Philippine senator (24 years in Senate), staunch opposition leader vs. the Marcos dictatorship, and campaigner for the removal of U.S. military bases in the Philippines, is born in Gumaca, Quezon.

Born in the year when the Americans were already amassing troops in the Philippines, and when Filipinos were seeking international recognition for their independence, Tañada was the son of the last gobernadorcillo of Gumaca, and fourth of 9 children.

At the age of 14, Tañada became an activist, when he joined his classmates to boycott their American proctor for having required them to go to school even on weekends just to build a playground. He was an achiever. In 1924, he topped the pensionado exam, studying in the US.

Tañada earned his Master of Laws at Harvard, and eventually pursued public service. He was appointed as Solicitor General under Philippine Presidents Osmeña and Roxas. Upon running for the Senate in 1947, he garnered the most votes, serving from that year on until 1971 as a senator.

When Pres. F. Marcos declared Martial Law in 1972 and railroaded the Con-con to have a new constitution that gave him Executive and Legislative powers, Tañada continued to oppose the dictatorship, leading street protests with the opposition.

In yet another challenge to Marcos’ authoritarian rule, Tañada filed a case to the Supreme Court, using the 1973 Constitution itself to point out that Marcos’ decrees, many of which were not published in the Official Gazette, have no basis (Tañada vs. Tuvera, 1985).

Tañada won the case, as SC ruled: “The Court, therefore, declares that presidential issuances of general application, which have not been published, shall have no force and effect.”

Even after Marcos was deposed, Tañada organized the Anti-Bases Coalition (ABC) to oppose the renewal of the Military Bases Agreement, even when Pres. Corazon Aquino was for it.

When the Senate voted out the renewal (12-11 votes) in 1991, the chamber erupted in applause, and turning to Tañada, who was in a wheelchair to witness the vote, gave him a standing ovation. Tañada forced himself to stand, to say, “Mabuhay!”