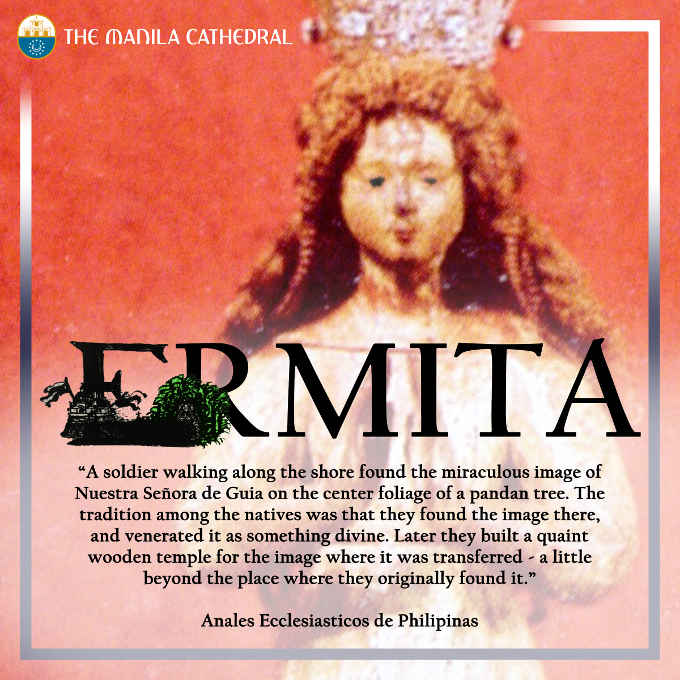 Today, May 19, 2020, we commemorate the 449th anniversary of the finding of the miraculous image of Nuestra Señora de Guia, the oldest Marian image in the Philippines, that is now enshrined in the Ermita Church.

A soldier walking along the shore found the miraculous image of Nuestra Señora de Guia on the center foliage of a pandan tree. The tradition among the natives was that they found the image there, and venerated it as something divine. Later they built a quaint wooden temple for the image where it was transferred – little beyond the place where they originally found it.

In 1578, King Philip II of Spain declared the image as the “Sworn Patroness of Manila.” Viva La Virgen!

Illustration from the Anales Ecclesiasticos de Philipinas shows the finding of the image amidst the pandan foliage.