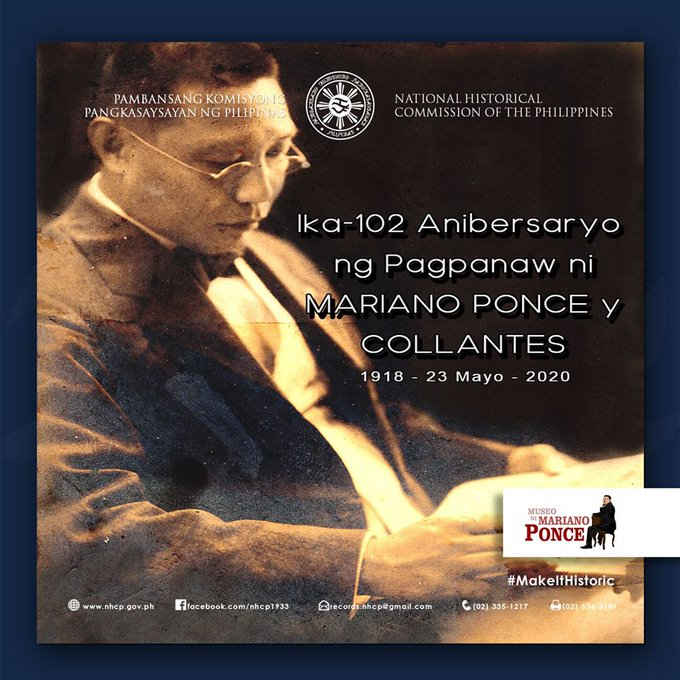 On this day, May 23, in 1918, Mariano Ponce dies in HongKong on his way to visit his friend Sun Yat-sen. He left behind his Japanese wife, Okiyo Udangwa, and 4 children. He was Rizal’s friend, and advocate for recognition of Philippine independence among our Asian neighbors.

In what is called the ‘Triumvirate’ of the Propaganda Movement, del Pilar and Rizal passed away before Ponce. They were soon exalted but the town did not forget Ponce. His monuments attest to this and the places and institutions to which he was named. However, the best way to honor him is to value her own history and culture as Asian and Filipino.