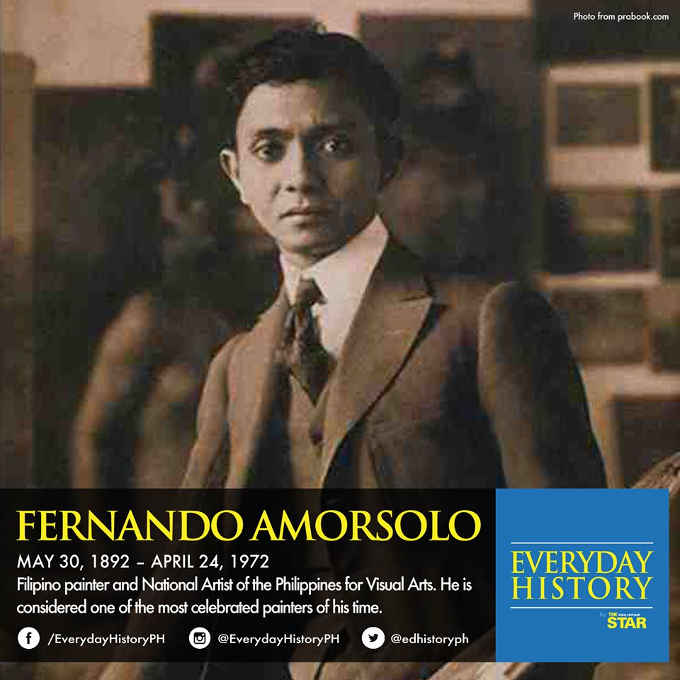 On this day, May 30, in 1892,Fernando Amorsolo, a Filipino painter and National Artist of the Philippines for Visual Arts, was born in Paco, Manila.

He is considered one of the most celebrated painters of his time.

Along with his younger brother Pablo, he learned painting from their uncle, painter Fabian de la Rosa. He later studied at the University of the Philippines School of Fine Arts and joined various art competitions where he won.

He is known for painting rural landscapes, wartime scenes, and portraits and is considered one of the most celebrated painters of his time. He was posthumously named National Artist for Visual Arts after his death from heart failure on April 24, 1972.