Home  »  Lifestyle   »   The Philipines is a part of the coral triangle 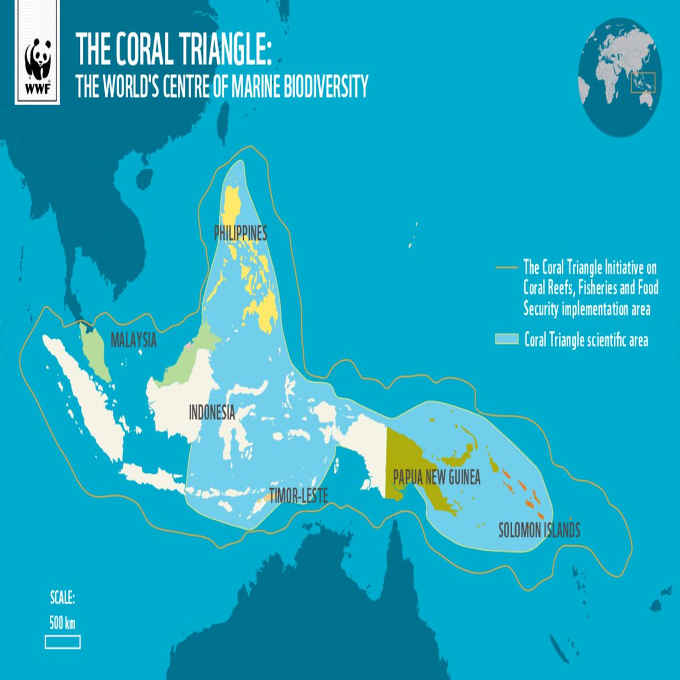 Did you know that the Philippines is a part of the coral triangle?

The Philippines is at the apex of this triangle, with Verde Island Passage having the richest biodiversity and the Tubbattaha Reef National Park is the only coral reef declared as a UNESCO World Heritage Site.

Countries within the coral triangle include:

Today is Coral Triangle Day. This day is recognized as such with the aim to communicate the urgency and importance of preserving the marine environment, Its species, and the coral triangle.

The Coral Triangle Day is a massive celebration of the Coral Triangle, the world’s epicenter of marine biodiversity, which encompasses the seas of 6 countries in the Asia-Pacific region: Indonesia, Malaysia, Papua New Guinea, the Philippines, Solomon Islands, and Timor Leste.

The Coral Triangle is a huge underwater area that spreads across Southeast Asia and the Pacific Ocean. It is the world’s epicenter of marine biodiversity, one of the 3 mega ecological complexes, with the Congo Basin and the Amazon rainforest.

How is huge is the Coral Triangle?

The coral triangle is half the size of the United States and passes through six countries.

The Coral Triangle occupies just 1.5% of the planet’s total ocean area but represents 30% of the World’s Coral Reefs and it’s not just marine species that depend on it, the “Amazon of the ocean” directly sustains the lives of more than 120 million people.

It is home to a huge diversity of life, including reef fish, whales, dolphins and 75% of the known coral species.

Scientists are keen to understand what makes this area so successful so they can help the world’s oceans.

The “Coral Triangle Day was established on June 9, to celebrate and raise awareness of ocean conservation and protection, especially on the Coral Triangle, the world’s epicenter of marine biodiversity.

This year’s theme focuses on the important role and contribution of gender in addressing issues in the Coral Triangle region.

Transforming defunct offshore oil platforms into artificial reefs could help unlock the power of the ocean to heal itself from the damage done by humans.