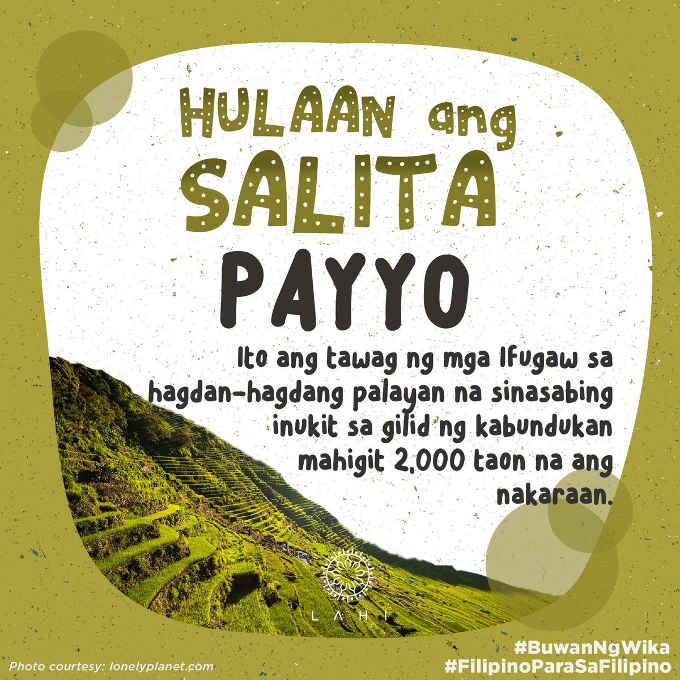 Payyo is what the Ifugao’s calls a stacked rice field that is said to be carved on the side of mountains over 2,000 years ago.

Lonely Planet is a large travel guide book publisher. As of 2011, the company had sold 120 million books since inception and by early 2014, it had sold around 11 million units of its travel apps. (wikipedia)

Controversy erupted in social media when Lonely Planet in its video, “the worlds greenest places” posted on Facebook said that the Banaue rice terraces or payyo, in Ifugao was built by the Chinese 2,000 years ago.

Lonely Planet’s social media accounts were bombarded with criticism as the Banaue Rice Terraces is located in the Philippines and was built by Filipino indigenous people.

A Filipino historian explained who really build the Banaue Rice Terraces. He explained that the culture of rice terracing was originally performed by earlier people called Austronesians. The color of the skin of these people is brown and they originally lived in South China and Taiwan but these people are not the present Chinese people.

Long ago, these people, the Austronesians, leave China and Taiwan and migrated to the Philippines. These are the present day people of Ifugao.

So it means that these Austronesians (Ifugao) are the ones who build the Philippines’ most famous stacked rice fields or rice terraces.

According to UNESCO, the rice terraces of the Philippine Cordilleras are all products of the Ifugao ethnic group, a minority community that has occupied these mountains for thousands of years.

According to Adam Bennett, the PR and Communications Manager for the Asia Pacific, Lonely Planet publications, that he confirmed that Lonely Planet has removed the video from Facebook, and is currently investigating the situation further. (abs-cbn)

The Payyo or Banaue Rice Terraces is a national treasure that was included in UNESCO’s world heritage in danger in 2001.