Home  »  Government   »   For those saying Trillanes did nothing in the Senate 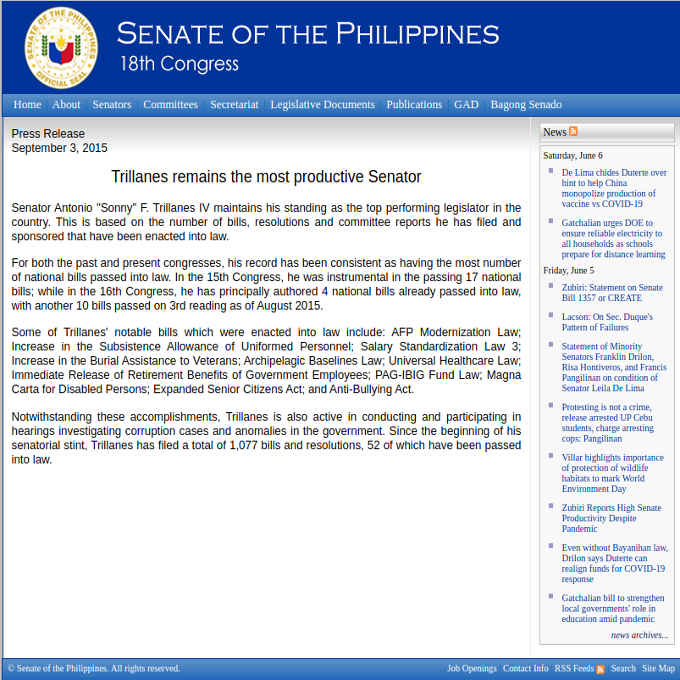 Trillanes remains the most productive Senator

For those saying Trillanes did nothing in the Senate, Please read…Link

Trillanes remains the most productive Senator

Senator Antonio “Sonny” F. Trillanes IV maintains his standing as the top-performing legislator in the country. This is based on the number of bills, resolutions, and committee reports he has filed and sponsored that have been enacted into law.

Notwithstanding these accomplishments, Trillanes is also active in conducting and participating in hearings investigating corruption cases and anomalies in the government. Since the beginning of his senatorial stint, Trillanes has filed a total of 1,077 bills and resolutions, 52 of which have been passed into law.