The word amnesty is very much in the news today because of President Duterte’s revoking of the amnesty granted to Senator Trillanes. 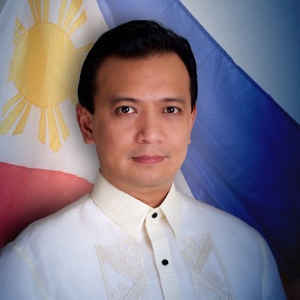 What is Amnesty exactly?

The Philippine Constitution provides that “except in cases of impeachment, or as otherwise provided in the constitution, the President may grant a reprieve, communications, and pardons, and remit fines and forfeitures, after conviction by final judgment.

The President shall also have the power to grant amnesty with the concurrence of a majority of all the members of congress.

The power of executive clemency is a non-delegable power and must be exercised by the President personally.

Clemency is not a function of the judiciary; it is an executive function.

Amnesty commonly denotes the general pardon to rebels for their treason and other high political offenses.

Definition of Amnesty:
Grant of general pardon to a class of political offenders either after conviction or even before the charges are filed. It is the form of executive clemency which under the constitution may be granted by the executive only with the concurrence of the legislature.

Nature of Amnesty:
It is essentially an executive act and not a legislative act though the concurrence of Congress is needed.

Time of Application:
Amnesty may be granted before or after the institution of criminal prosecution and sometimes even after conviction.

Effect of Application:
By applying for amnesty, the accused must be deemed to have admitted the accusation against him.

Effects of the Grant of Amnesty:
Criminal liability is totally extinguished by amnesty; the penalty and all its effects are thus extinguished.

It has also been held that when a detained convict claims to be covered by a general amnesty, his proper remedy is not habeas corpus petition. Instead, he should submit his case to the proper amnesty board.

Requisites of Amnesty:
1. Concurrence of a majority of all the members of congress.
2. There must be a previous admission of guilt.

What are the differences between a pardon and an amnesty?