Home  »  Government   »   11 Things That Nobody Told You About Rodrigo Duterte 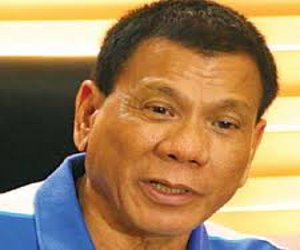 Rodrigo Duterte is very much in the news these days. There is a strong clamour for him to run as President of the Philippines in the 2016 national elections. But how well do you know Rodrigo Duterte aside from being the Mayor of Davao City?

Fact 1
He is a lawyer. He is an alumnus of San Beda College in Manila where he obtained his law degree in 1972. He took the Bar Exam the same year and passed.

Fact 2
He is a former Prosecutor or popularly known as Fiscal. A Fiscal is a lawyer who conducts the case against a defendant in a criminal court.

Fact 3
He was married twice. His first marriage was annulled. He was married the first time to Elizabeth Abellana Zimmerman, a flight stewardess who hails from Davao City of German American descent.

Elizabeth  was married to the Mayor for 27 years.

Elizabeth Abellana Zimmerman is a product of the Catholic Educational System. She attended Ateneo de Davao.

She has prominent mestiza features; her grandfather hailed from Germany but migrated to the US.

She ran for councilor as Independent in Davao City in 2001 but failed to be elected.

Fact 4
He is in favor of the restoration of the death penalty. He subscribed to the idea that death penalty is an effective deterrent to crimes. Death penalty was abolished in 2006.

Fact 6
Rodrigo Duterte belongs to PDP-Laban and Hugpong sa Tawong Lungsod, which he formed as a local political group in the 1990s. It is a registered political party.

Fact 7
Rodrigo Duterte’s father, Vicente Duterte was a Nacionalista Party (NP) governor of the undivided Davao province during the 1950’s to 1960’s.

Fact 8
Rudy Duterte as he is sometimes called practices a frugal lifestyle. He even drives an old Volkswagen vehicle aside from the official government pickup which he use.

Fact 9
He sometimes drives a taxi about midnight to prowl the nooks and cranny of Davao City hunting for criminals and when there is none picks up helpless senior citizens and women with children stranded in flood and deliver them safely to their homes.

Fact 10
He Introduced the concept of 911 in Davao City. Residents will
just dial 911 for any emergency situation that requires immediate
assistance from the police, fire department or ambulance.