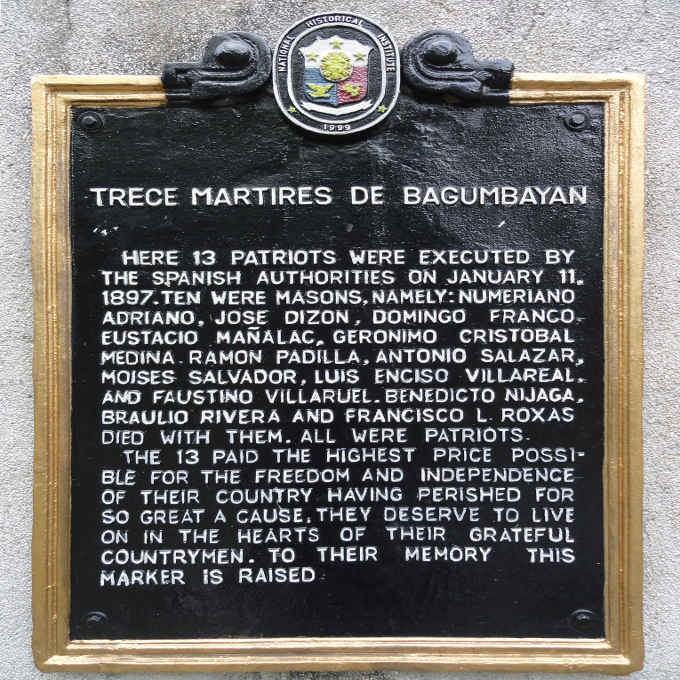 Today, January 11, 2021, is the 124th anniversary of the 13 Martyrs of Bagumbayan. These leading Filipinos were accused of complicity with the Revolution vs. Spain. Many were Masons, supporters of the Propaganda Movement, and members of La Liga Filipina.

13 patriots were executed by the Spanish authorities on January 11, 1897. Ten were masons, namely:

The 13 paid the highest price possible for the freedom and independence of their country having perished for so great a cause, they deserve to live on in the hearts of their grateful countrymen.