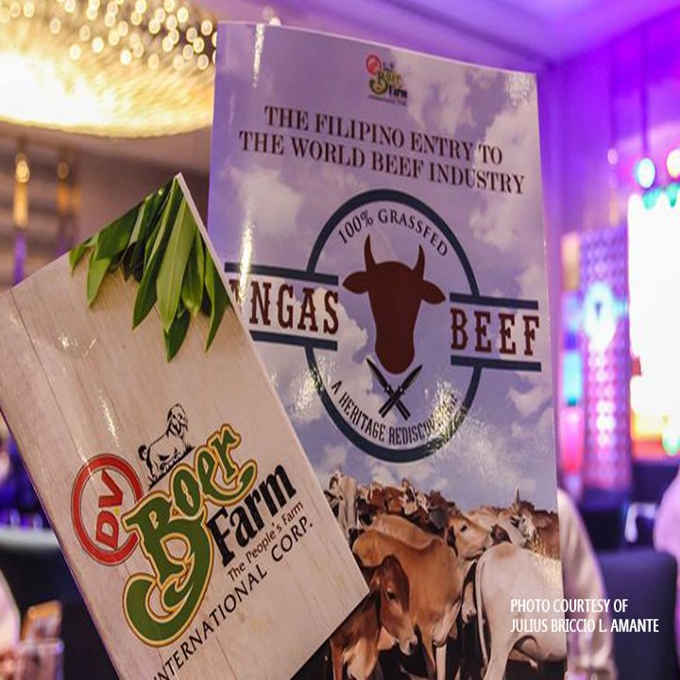 Angas Beef,  which is an abbreviation for Batangas Beef, was given a product launching a few days ago at the Shangri-La at the Fort Hotel at Bonifacio Global City in Taguig as a kick off to the campaign.

Angas Beef is an indigenous cattle being rebranded for gourmet market.

While the meat industry in the Philippines is heavily dependent on importations, local animal farmers are working hard to provide for the local demand, while also improving meat quality.

Magsasaka, Inc., a non-government organization (NGO) dedicated to “developing Philippine agriculture and uplifting farmers’ lives,” on Sunday launched a branding campaign in an apparent bid to market Batangas beef or “bakang Batangas” to a wider and more upscale market.

Dexter Villamin, founder of Magsasaka, Inc. claims that with improved animal husbandry practices in raising and fattening the cattle, they have managed to bring the mid-sized local cattle up to a weight exceeding 450 kilograms per head by the time it reaches 2 years old.

In a statement, the NGO said that 5-star hotel chefs have likened the overall quality of Angas Beef to the much more expensive imported beef. Magsasaka Inc. added that it has the “right amount of fat and lean meat acceptable to every diner, including health-conscious consumers and discriminating beef connoisseurs.”

Angas Beef is produced in DV Boer Farm, an agri-business entity located in Balibago, Lian, Batangas. It reportedly has some 6,000 head of cattle being raised in over 50 “sub-farms” all over the country today.(PNA)

Batangas is well-known for its Kapeng Barako and Batangas Bulalo. Now there is another Batangas
pride making its way to the upscale market.