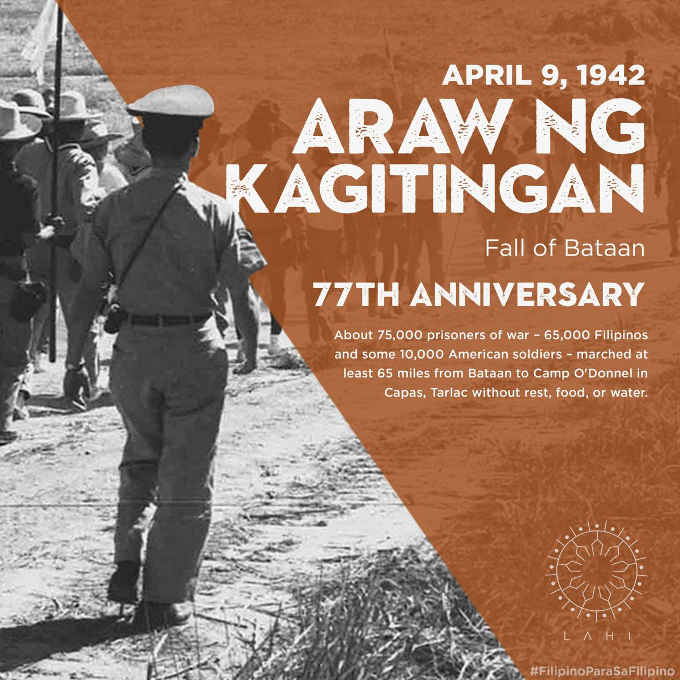 Most veterans living today were just a teenager forced to fight in the war and fight for our freedom. If you know something, you’re lucky. Do not forget to thank these war veterans.

At dawn of April 9, 1942, Major General Edward P. King, commander of the Bataan forces,  was forced to surrender together with his men when the Filipino and American soldiers could no longer defend the Bataan peninsula from the invasion of Japanese troops.

The surrendered Filipino-American forces were forced at gunpoint to march under the tropical hot sun from Bataan to San Fernando, Pampanga, and then taken by rail to Camp O’Donnel in Tarlac. Those who could not make it because of physical weakness were shot or  bayoneted to death.

The event was indeed so inhuman that it was called the “Death March” and marked the beginning of total Japanese Occupation of the Philippines during the Second World War.

Despite the travails of defeat, most of the captured soldiers stood strong and heroes emerged from the event. The surrender was only temporary.

The nation marks “Araw ng Kagitingan” (Day of Valor) on April 9 of every year to highlight the valor and heroism of the Filipino and American soldiers who fought in the Philippines during World War II.

Formerly called “Bataan Day” or “Fall of Bataan,” the celebration was changed to “Day of Valor” and made a national public holiday under Letter of Instruction No. 1087 issued on November 26, 1980 by then President Ferdinand E. Marcos.

Executive Order No. 203, dated June 30, 1987, further declared April 9 of each year as “Araw Ng Kagitingan” to pay tribute to the heroes of Bataan, Corregidor and Bessang Pass.(kahimyang)