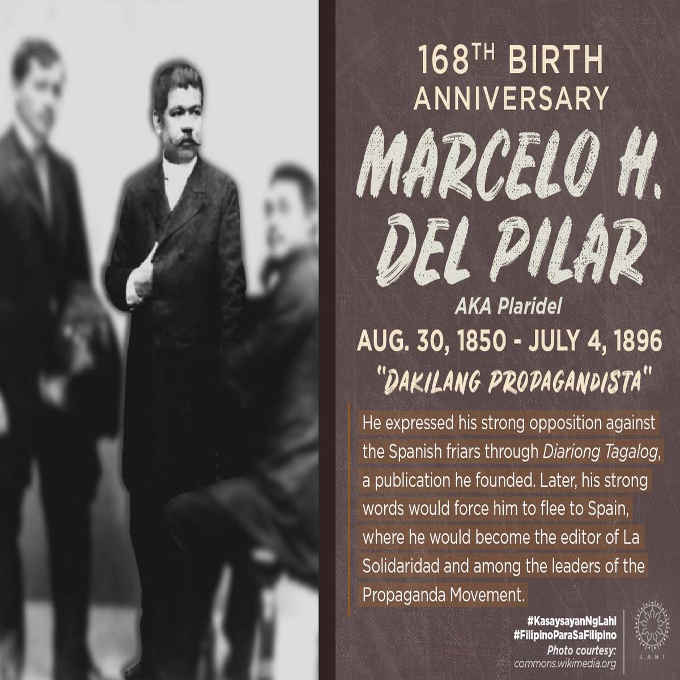 He expressed his strong opposition against the Spanish Friars through Diaryong Tagalog, a publication he founded.

Later, his strong words would force him to flee to Spain, where he would become the editor of La Solidaridad and among the leaders of the propaganda movement.

On this day, August 30, in 1951, the Mutual Defense Treaty between the Philippines and the United States of America was signed in Washington, D.C. The Treaty states that both countries would support each other if either the Philippines or the U.S. were to be attacked by an external party.