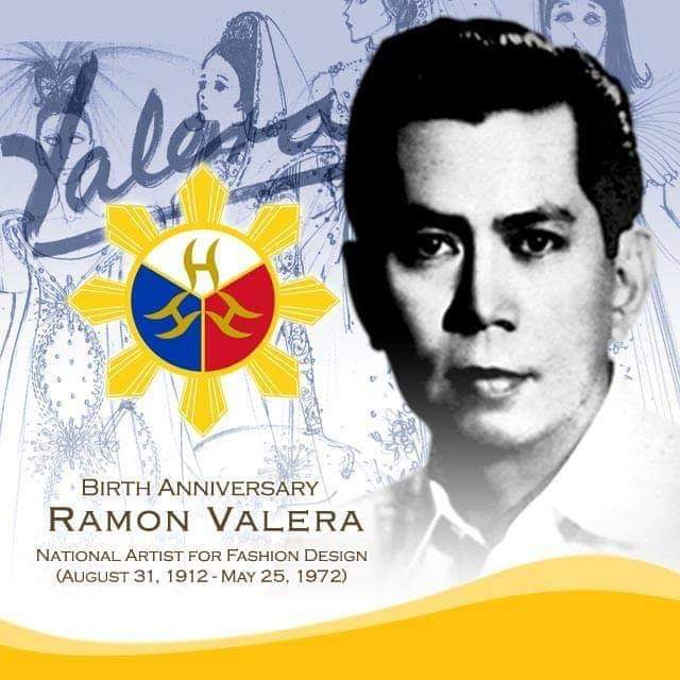 On this day, August 31, 2019, is the 107th birth anniversary of Ramon Valera, National Artist for Fashion Design.

The contribution of Ramon Valera, whose family hails from Abra, lies in the tradition of excellence of his works, and his commitment to his profession, performing his magical seminal innovations on the Philippine terno.

Even today, Filipino fashion designers study Valera’s ternos: its construction, beadworks, applique, etc. He helped mold generations of artists and helped fashion to become no less than a nation’s sense of aesthetics. But more important than these, he helped form a sense of the Filipino nation by his pursuit of excellence.

On this day, August 31, in 1983, an estimated two million people, some waving yellow flags and streamers, gathered for the eight-hour funeral procession of slain opposition leader and former senator Benigno “Ninoy” Aquino Jr.

The funeral procession began at the Santo Domingo Church in Santa Mesa Heights, Quezon City where Aquino’s body was laid in state for nine days. His body wasn’t embalmed and applied with makeup to preserve its appearance since the assassination and, according to Aquino’s mother Aurora, to show the people “what they did to my son.”

For the funeral procession, his coffin was placed on top of a 10-wheeler flatbed truck adorned with yellow flowers, which was designed by artist Budji Layug. A supporter waved the Philippine flag atop the driver’s cab of the truck as it weaved through the millions of people who crowed at the procession route.

Likewise, when Aquino’s widow, former president Corazon Aquino, died of cancer on Aug. 1, 2009, millions of people also joined her funeral procession, which had several similarities to her husband’s funeral procession. Cory was buried beside Ninoy at the Manila Memorial Park. (http://everydayhistory.ph/)