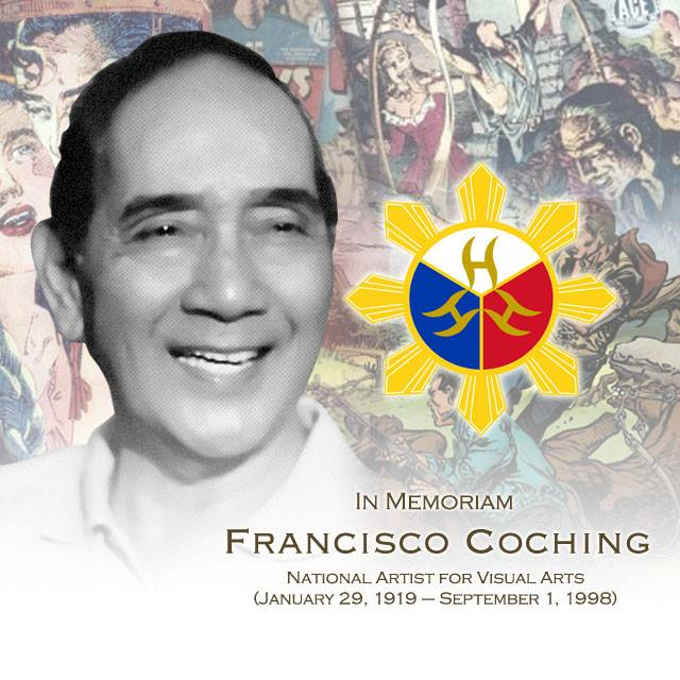 On this day, September 1, 2019, is the s 21st death anniversary of Francisco Coching, National Artist for Visual Art.

Francisco Coching, acknowledged as the “Dean of Filipino Illustrators” and son of noted Tagalog novelist and comics illustrator Gregorio Coching, was a master storyteller – in images and in print. His illustrations and novels were products of that happy combination of a fertile imagination, a love of storytelling, and fine draftsmanship. He synthesized images and stories informing Philippine folk and popular imagination of culture.

On this day, September 1, in 1992, the Technical Cooperation Council of the Philippines (TCCP) was established by virtue of Executive Order No. 17.

An attached agency of DFA, the TCCP is tasked to formulate and implement a technical cooperation program, in line with the Philippines’ commitment to the United Nations on technical and economic cooperation among developing countries.