Every first week of October,National Newborn Screening Week is observed as declared by
Proclamation No. 540, s. 2004.

Avail of the Newborn Screening service. Save your baby from future illnesses! 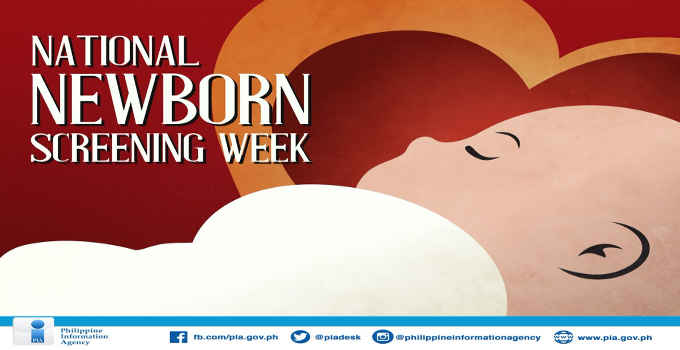 Newborn Screening has been available in the Philippines since 1996. This enables early
detection of several inheritable conditions and congenital metabolic disorders which
could lead to mental retardation or even death if left untreated.

Currently, PHIC is funding the basic screening of six disorders for P550 for its members.

The expanded newborn screening costs P1500 and remains as an option to parents,  wherein PhP 550 is covered by PHIC and the remaining PhP 950 as an out-of-pocket expense of the family.

Discussions with PHIC for possible full coverage of expanded newborn screening is
ongoing. The successful transition from the NBS 6-test to eNBS is dependent on the
financing capacity of the program to implement eNBS in full.(DOH)